‘The Boats’ in San Agustinillo

The poem below is a #showyourwork slice of what I’m eyeing for my next chapbook. I published Echoes of Oms earlier this year and now I’ve cleared some projects to a point I can return to San Agustinillo.

San Agustinillo is a small fishing village on the Pacific, in the state of Oaxaca in Mexico. We — me, my wife, Becca, and our two youngs sons — went there for two weeks this past July. I am using a working title of San Agustinillo for this chapbook. I see pros and cons in that.

Living for only two weeks in a foreign location, there is an inherent thinness of knowing the place, the people, the history, the culture … the anything. There also is enough time to feel into a heartfelt connection that can inspire a small collection of poetry.

As a traveler, I am diving into this chapbook project and knowingly writing from a position that cannot be definitive of a locale but can encapsulate a window of experience. 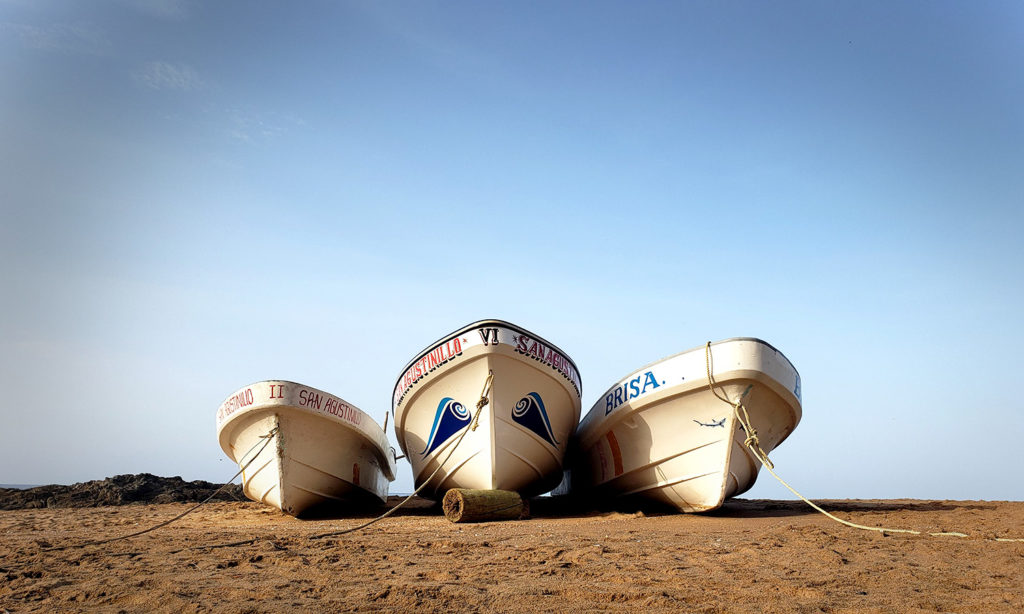 I mostly have notes and poem fragments at this point. And photography to accompany the poems that, ultimately, will fill a San Agustinillo chapbook. But here is a draft of a poem I am ready to cast into the sea and see if it floats, “The Boats”:

and Caly rest on the beach, along

with a pair of San Agustinillos

The tide comes and it goes, and the waves

push and pull against anxieties of the inexperienced

Rocks sharp and black rise from the red-flag riptides

of summer. Even a skilled skipper

needs a second go at running his rig

to be pivoted by fellow fishermen on

a Lazy Susan of wet-packed sand

and shoved back into the

chaos of the cove.

He motors out between swimmers, turns

around and again charges

on a full-throttle fury

with which success hinges

on an act of most precise timing:

to raise the slashing propeller at the gritty

the boat running aground with throaty force

and necessity, ready at last to cut idle and

watch as the moon crests and feints,

that goddess instructing a timeless trade

and a fisherman’s humility

Other projects I have in the works: Humanitou conversations, portraits of nature, poetry of nature and writing yoga. I also am a content partner of the Cultural Office of the Pikes Peak Region and PeakRadar.com.