What Does ‘Humanitou’ Mean? A Lot.

A compelling history has taken shape in the name Humanitou. And it’s rooted, I’ve come to learn, in ancient, spiritual and creative mythologies that could not be more suited to me and my work. As fated, it seems.

And Humanitou has come to be a nom de guerre* for me, personally. People do not actually call me Humanitou, and I do not charge into war calling that name. But many times I’ve introduced myself by my given name — Adam Williams — and been met with blank stares. When I then tack to the name of Humanitou, I’m greeted with warm and knowing smiles.

I admit I enjoy that. As someone who tends to prefer the quiet of anonymity, it feels good to know my work reaches others positively. And it’s the work, I’d like to think, that deserves the awareness for its ripples of good.

One more add: I would say that Humanitou — the name and the work under its umbrella — also are an aspirational North Star for me. I’m not always the goodnesses that I list below, the spiritual and mythological qualities that “Hu” and “Manitou” have represented since long Before Christ.

But in doing the work, in connecting with the humanness and creativity of not only myself but of others through the podcast, I’m practicing the goodness I hope to be, now and even more so in the future.

Meanings of ‘Hu,’ ‘Manitou’ and ‘Humanitou’

As evidence of the alignment of things, the conspiring of the gods, the Muse, the Universe, fate, destiny … call it what you will: all these things noted below I did not know when I chose the name Humanitou (with the help of my creative wife, Becca).

We lived in Manitou Springs when I began Humanitou in 2017. It was a matter of overlapping the words “human” and “Manitou” to arrive where I did. Simple enough. Sounded good (hew-man-uh-too). Flowed well. Felt good. Done.

In the time since, I’ve come to learn that:

Hu was an Egyptian god1. In ancient Egypt, Hu was the deification of the first word, the word of creation, the sound made by Atum, the creator as he created Hu. [Small digression: Atum?? And I’m Adam … ]

Some stories also say Hu himself then was the creator. That with his first draw of breath, the sound of the wind made his name, Hu, and with each exhale … creation. Hu was/is the personification of Divine Utterance, the breath or word of God.

Hu in Sufism. There is a fascinating parallel between Sufi beliefs, Hinduism, Yoga and the Egyptian myths of Hu. When chanted by Sufis, Hu takes on the sacred significance of Aum/Om in Hinduism.

Om is believed by Hindus to be the first sound, made upon creation of the Universe. Just like the sound Om, Egyptian mythology’s Hu represents the sound of creation.

Om is the first mantra/chant in Hindu belief. Its sound vibrations connect the practitioner chanting it with the divine, with all the Universe. For Sufis then, Hu takes on that sound of union with God and the entirety of the Universe. It has been described as a love song to God.

“HU is the sound behind all sounds, woven into the language of life. It is the wind in the leaves, falling rain, thunder of jets, singing of birds, the awful rumble of a tornado. Its sound is heard in laughter, weeping, the din of city traffic, ocean waves, and the quiet rippling of a mountain stream. It is a word people anywhere can use to address the Originator of Life.” — Sri Harold Klemp, Spiritual leader of Eckankar2 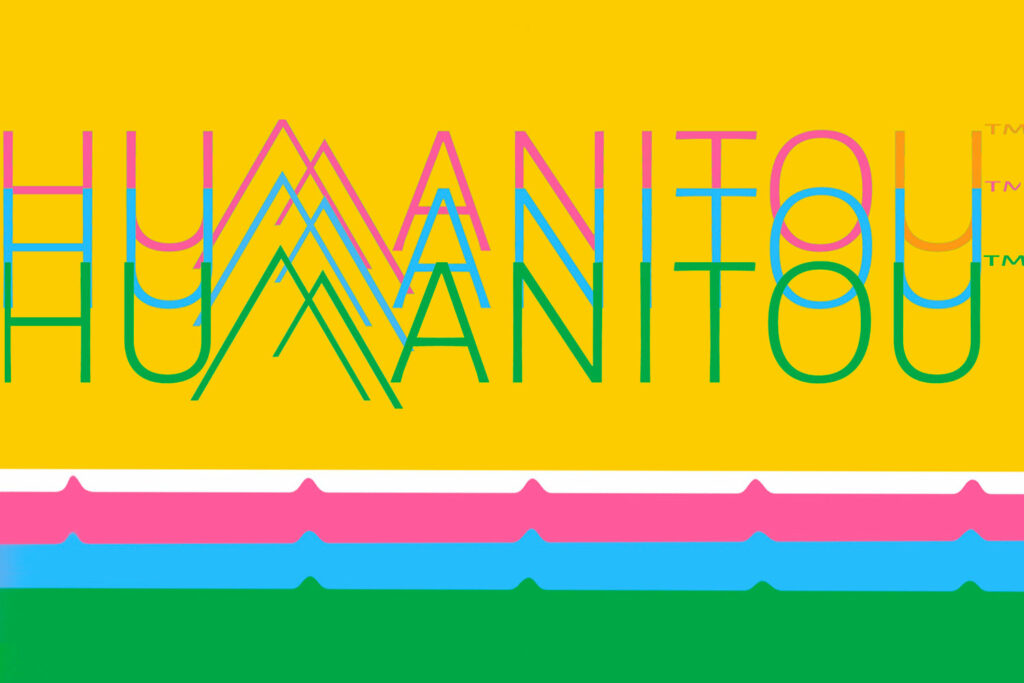 The Algonquians referred to Gitche Manitou, Great Spirit. God or supreme being.

Manitou Springs, Colorado. I lived in Manitou Springs** when I started this website and creative work that has come to include the Humanitou Podcast. Manitou Springs, built on lands of the Cheyenne, Jicarilla Apache and Núu-agha-tʉvʉ-pʉ̱ (Ute), now is a small village hugged into the mountains at the foot of Tava (commonly called Pikes Peak). It is known for its art and healing waters.

Humanitou to me. Ultimately, Humanitou represents the good I try to cultivate in myself, learn about from others and share forward with still others, so that the ripples and human connections might continue.

It now is home to “Humanness & Creativity with Adam Williams,” in all the forms that takes through me: visual art (drawing, painting, photography, illustration), poetry, writing and the podcast.

But I’d like to think that while I’m the face and voice of Humanitou, I’m really creating a place of resonance and, as needed, “permission” for readers and listeners to be themselves, too. Like I say in hashtag form on Instagram from time to time, #weareallhumanitou.

And like I said, the name serves as a sort of nom de guerre* for me too. I don’t know what else to call it. It’s relevant to this artist’s journey. And Humanitou is not a pseudonym or alter-ego, because it is not hiding me and is not the opposite of me.

And because, like I’ve already suggested, Humanitou represents the best of what I want to be and give in this life. It’s my best expression of leadership and service, to myself, to my sons and to others who see themselves in it. And it’s not easy being ourselves, pushing against all that wishes we really just wouldn’t.

It’s a platform for human connection, individual and collective connection with the light of the gods that resides in each of us, all of us. It’s a portal to answering this question. First, individually: Who am I really? And then collectively: Who are we really?

So … Humanitou is a name amazingly filled with power. And while my ego would like to claim credit for its use, I’m grateful for how I came by it “accidentally.” It’s evidence of a higher order of things, and that I’m in the flow with that.

Thank Hu for that.

*Guerre is French for war. So, why use the phrase nom de guerre (war name) as an artist with a podcast about humanness and creativity called Humanitou?

It’s because I’m an artist of “humanitou” in all its great spiritual and creative meanings noted above. It’s because I delve into the experience of humanness and creativity, and I wage the daily battles against Resistance (fear, doubt, self-sabotage), as the author of The War of Art and The Artist’s Journey, Steven Pressfield, calls it.

By the way, my conversation with Pressfield kicks off Season Two of the Humanitou Podcast. You can listen to it and all other episodes on this website, and via your preferred podcast player (e.g. Apple, Spotify, Pandora, Amazon, Google … ). We talk about this diabolical phenomenon Resistance that fights against all of us.

**I started Humanitou as a local social project in Manitou Springs, Colo. It was a way to use my interviewing, writing and photography skills to engage the community I had moved to with my family 18 months prior.

I expanded the project to the surrounding region in Colorado in its second year, and then internationally as a podcast before its fourth year. The name Humanitou continues to resonate, even after moving away from Manitou Springs in 2021.