I think there was a time I knew how to create just to create in a way that I sometimes forget now.

To create for that something it gives you in the heart just to do it, no particular outcome in mind. No self-expectation of “success,” like, say, publishing or showing in a gallery or getting paid. Creating for the joyful energy it stirs.

A particular time of that kind of creating for me was 2009-2010. Creating for my own joy was a side thing during that stretch. I worked a passion-adjacent career as a staff writer, editor and photographer for brand magazines for a global company.

When I think of creating just to create, allowing the work to be the purpose rather than fantastic ideas of outcomes, I am kinder to myself in the creative process.

That’s really the point I want to reconnect with more now: to consistently tap into that inherently joyful energy that arises with creating, keeping that purpose at the forefront. Let the rest, whatever follows the creative process, be what it be as it bes it.

The reminder that came this week? I found a sketchbook in which I’d glued fragments of magazine ads and other photos onto the pages. On those fragments I’d typed haiku that I’d written, using a vintage typewriter my wife, Becca, had given to me. It became a collection in progress that, ultimately, was set aside and forgotten.

Several of those poems on magazine scraps are below. Again, I wrote these poems in 2009-2010, but the experiences they refer to reach back to my childhood (baseball). And much later to a summer on the roads of Flyover Land with my ’75 VW bus named Boio (Montana).

And when Becca and I lived with our two Labrador retrievers at our first house, and had a vegetable garden in our tiny backyard in a rugged, shape-shifting urban neighborhood that appealed to our 20-something sensibilities.

And at a certain point when we moved to the suburbs and we became parents. Our first son was born at summer’s end in 2010. Naturally, some of the haiku I wrote touched on fatherhood. 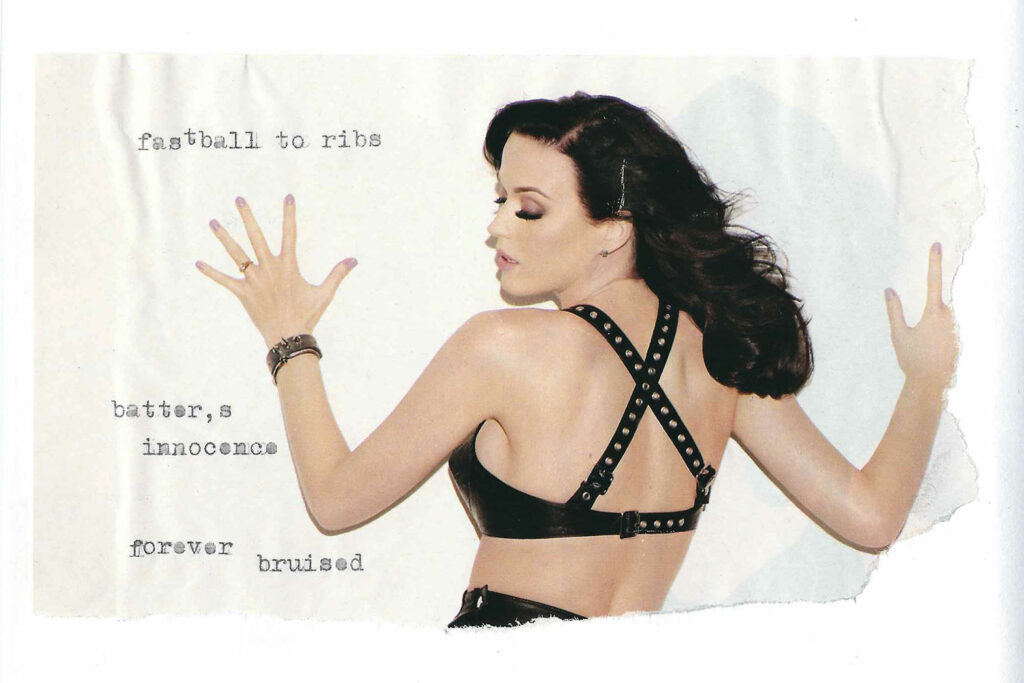 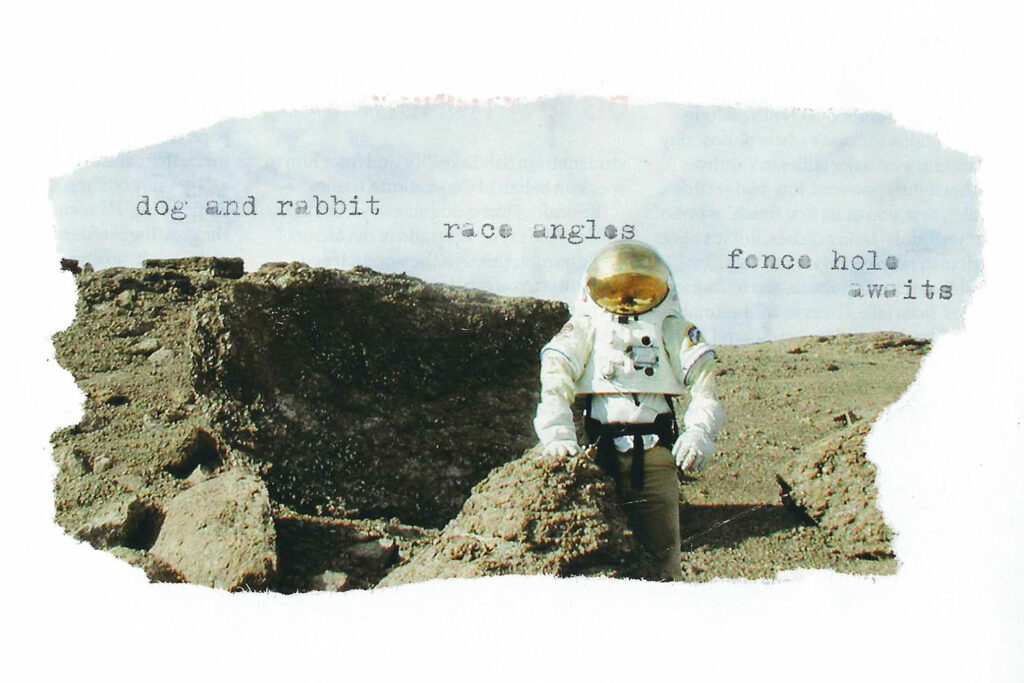 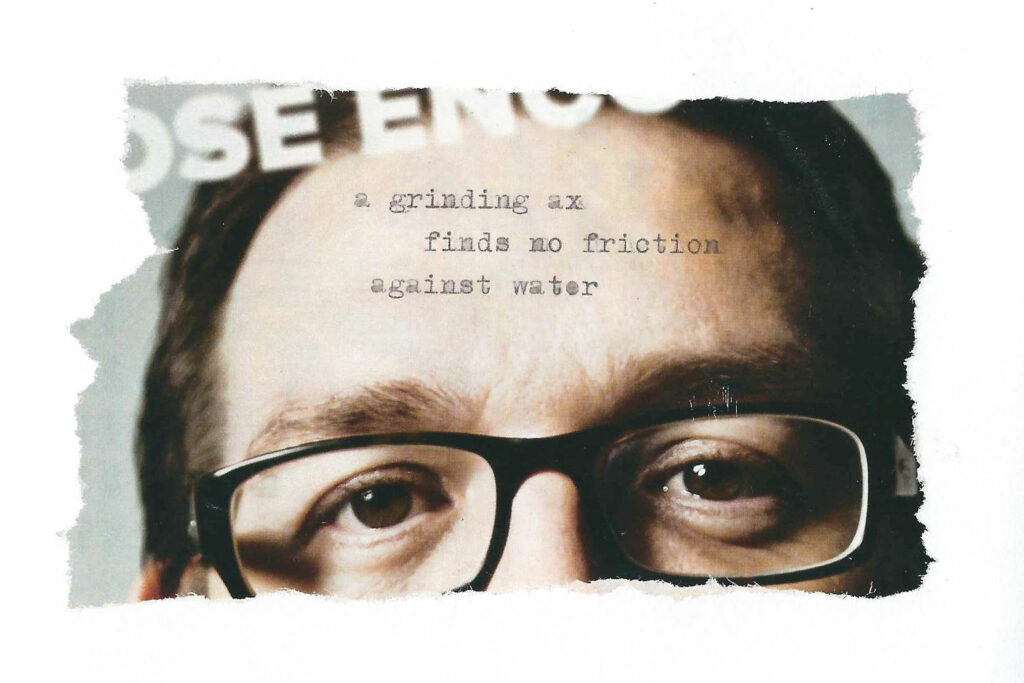 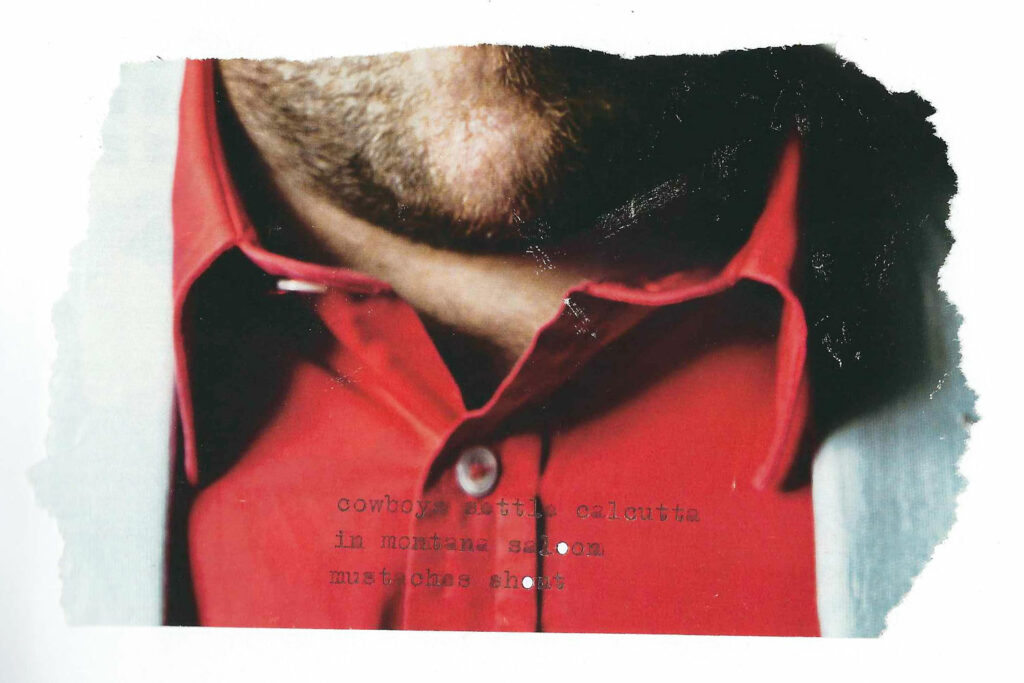 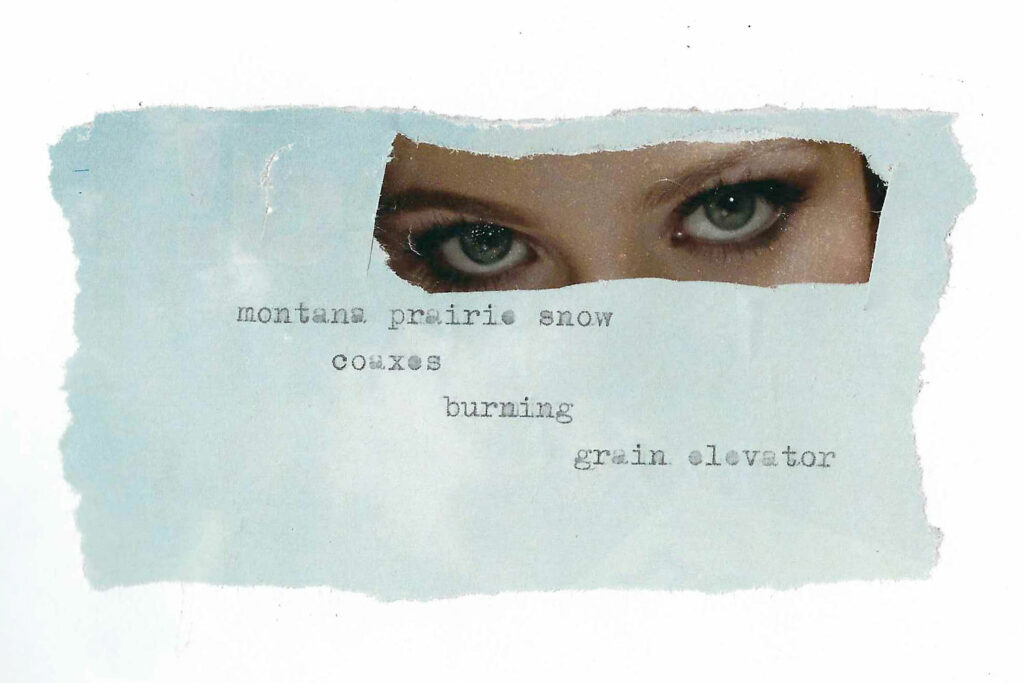 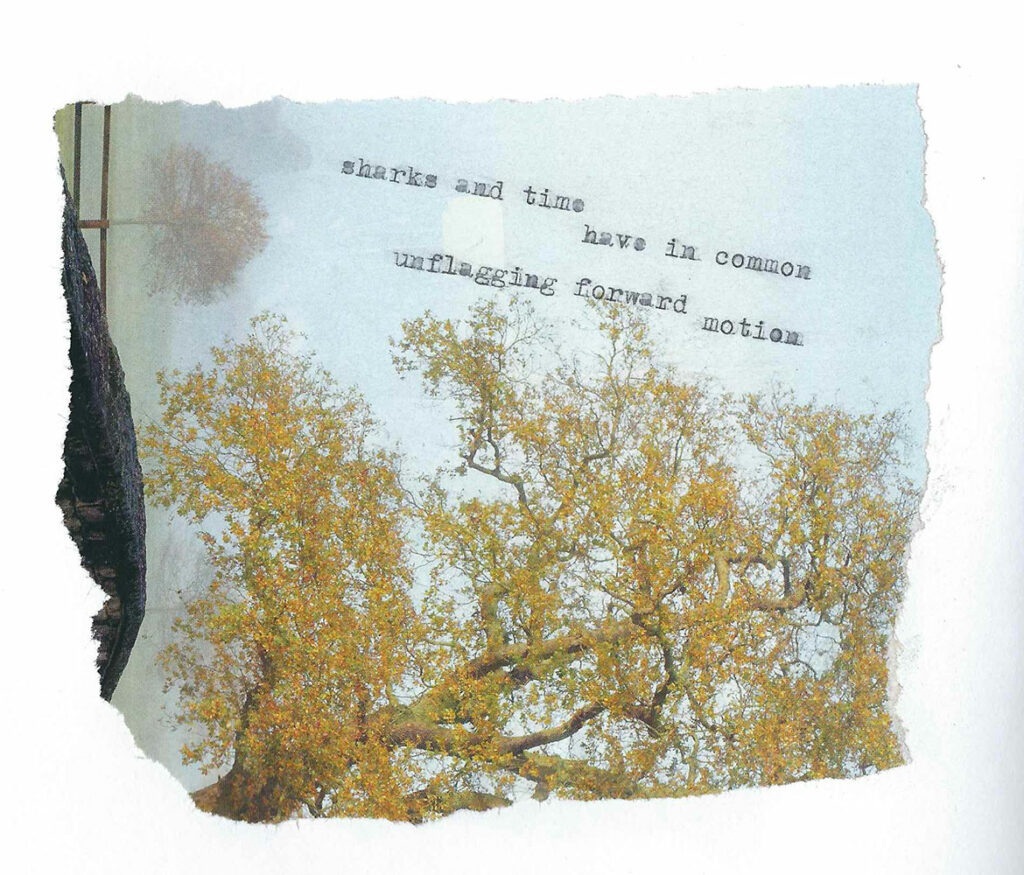 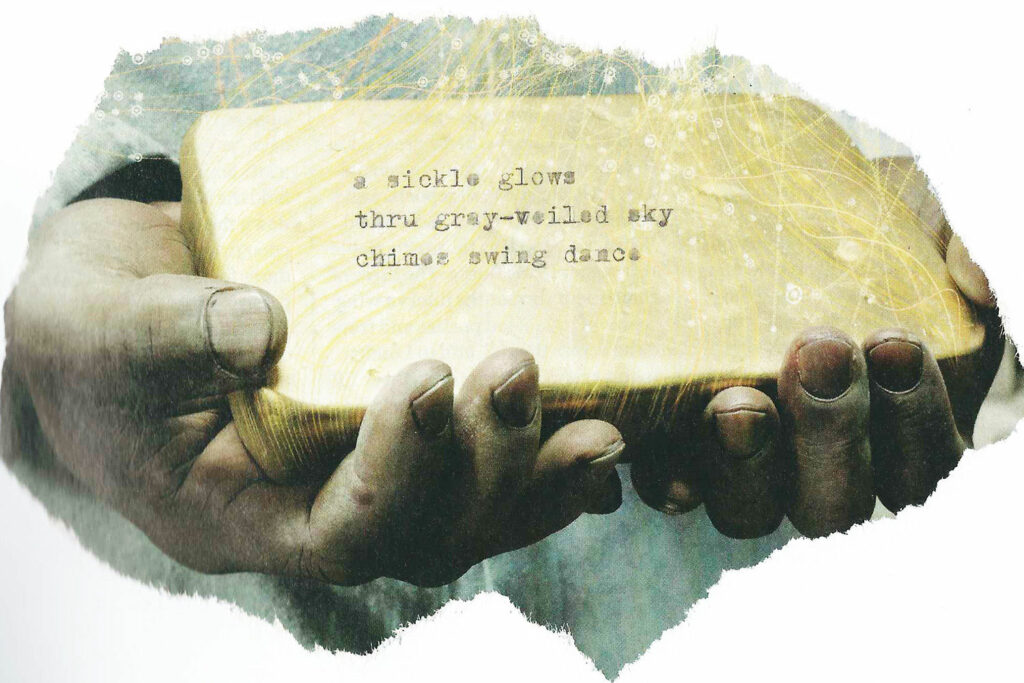 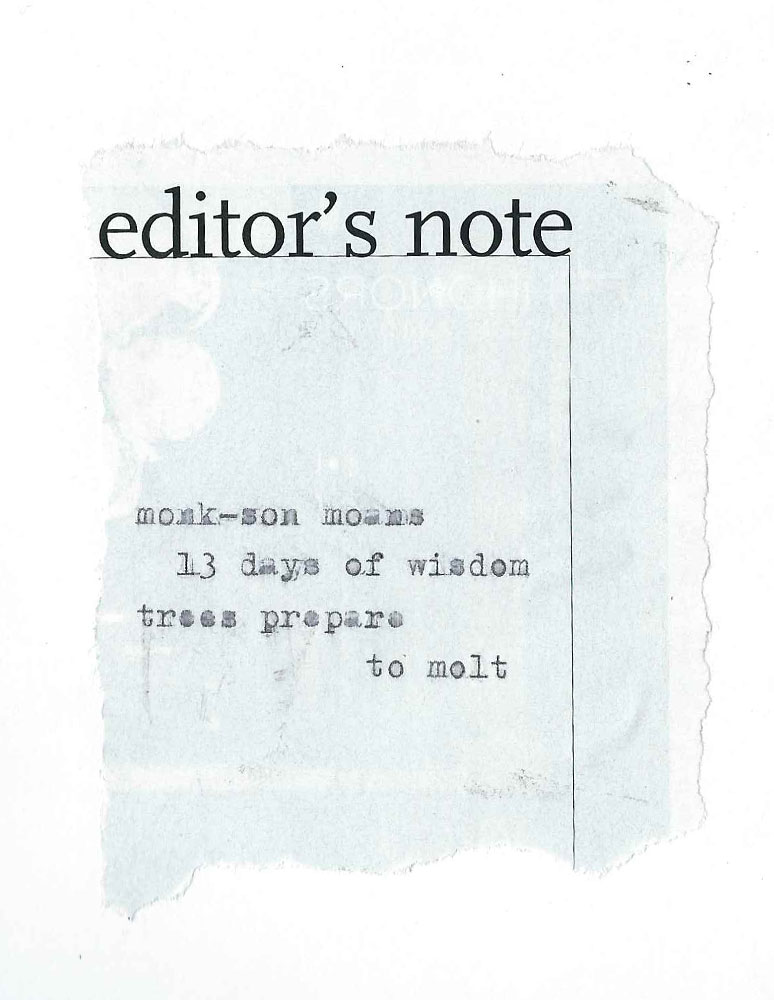 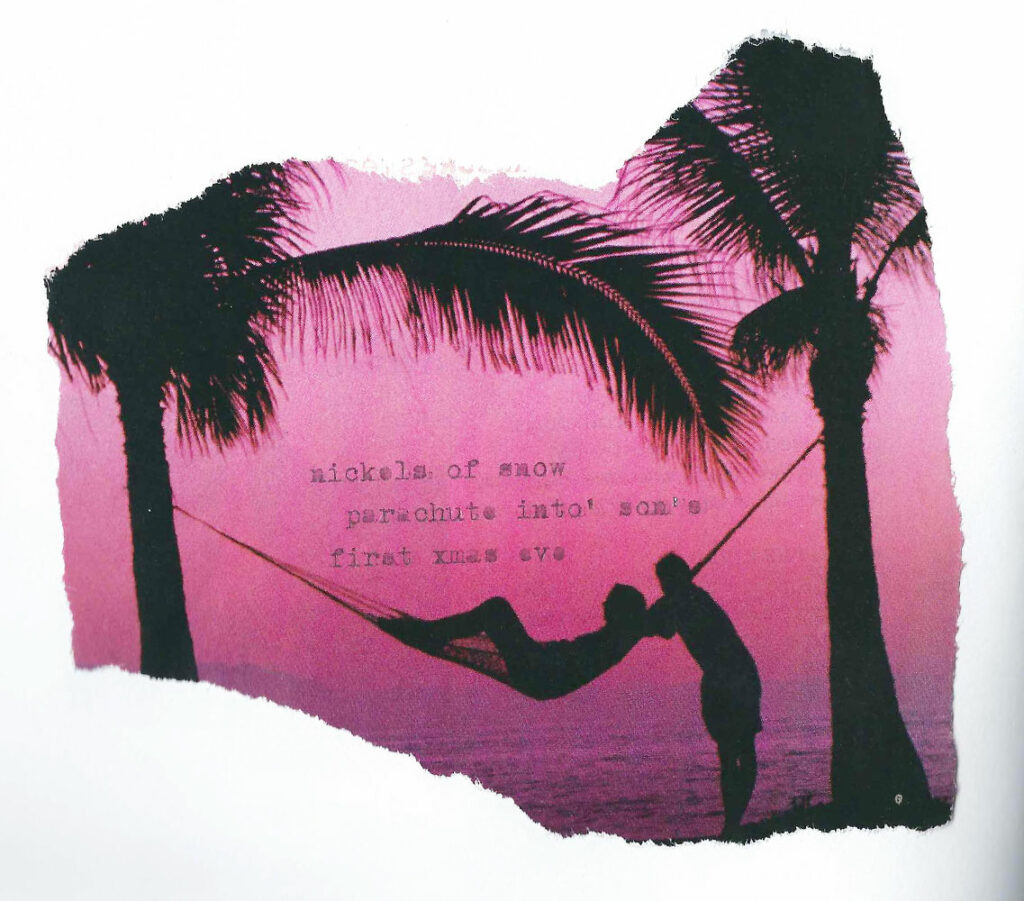