Boiohaemum is back. My blue-and-white 1975 Volkswagen Type II … that is, a bus, van, camper, kombi, transporter … whatever you, personally, call these versatile icons. He has risen from the darkness of a storage shed. With him, the stories. 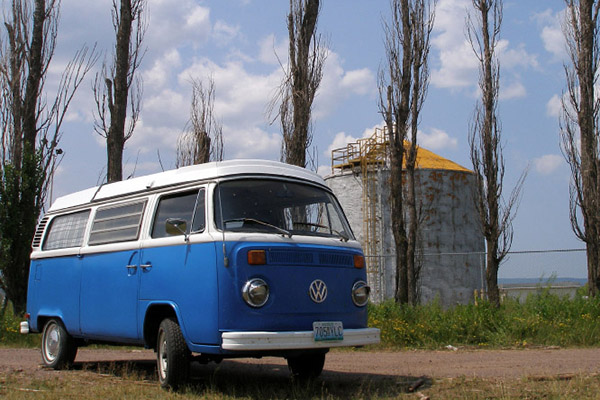 Boio and I once shared a summer roaming up, down and across Flyover Land, a sizable swath of overlooked heartland, including where I grew up in Missouri. We clocked close to 12,000 miles that season, each a revolving notch in our relationship.

I spent nights sitting in his multipurpose cabin, writing at the foldout table that converted the kitchen/living room into a dining room. When I’d swing the table down again, I’d pull out the couch/dining bench to create the bedroom.

It was my greatest grand adventure as a just-beginning professional writer. I’d received an annual writing fellowship that afforded me Boio, a laptop and time to pursue a proposed writing project: From Flyover Land.

Now, these dozen-plus years later, having since married, become a father, carried on a career, and moved to Colorado, having imprisoned Boio and our history in storage for more than half that time, he has risen.

Boio’s list of complaints after eight years in storage were justified and many. 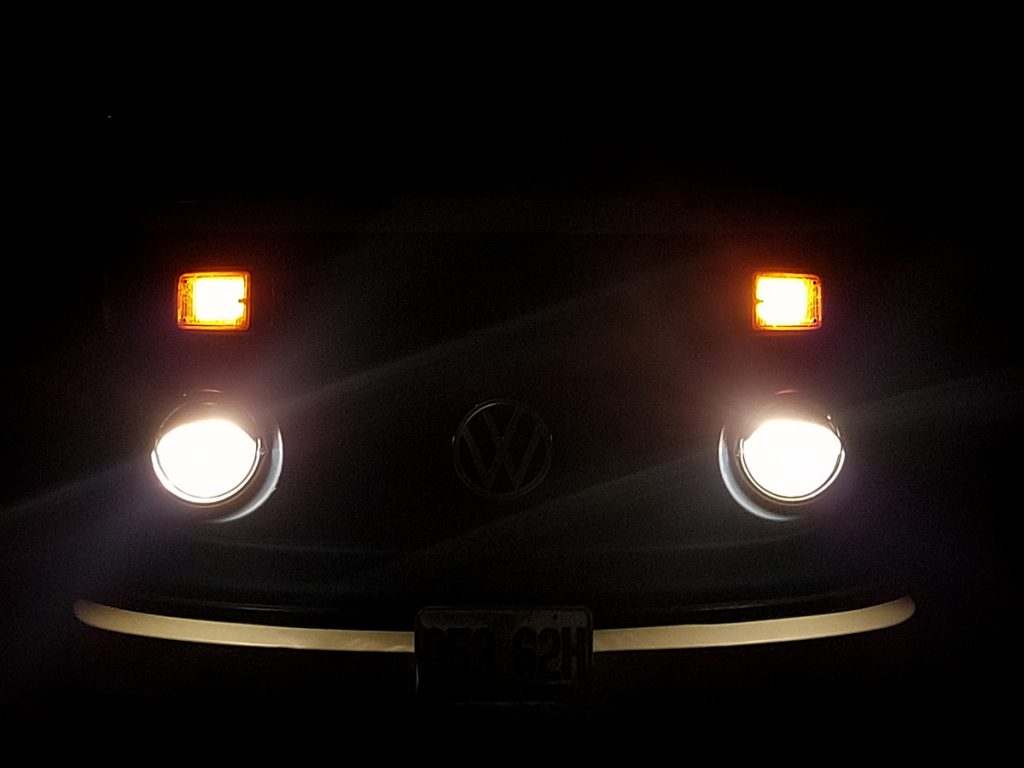 Picking him up on a chilly, darkening winter day was a family affair. My two young sons had only every known Boio as the immovable elephant in the garage, one I valued enough to haul from the banks of the Mississippi to the foothills of the Rockies only to, again, put him on the shelf.

After a short family ride through Manitou, in which one of our sons wanted to escape Boio’s loud engine and the other was lulled to sleep by it, my wife, Becca, suggested I go for a solo run.

When months of work on Boio were done, he was hungry. He drank $29.86 worth of unleaded. Then the two of us reconnected over the ups and downs and arounds of Garden of the Gods, his dim headlights guiding the way.

Despite winter air, we rolled with the windows down, cold wind whipping my beard and ears, and pulling in echoes of Boio’s rhythm bouncing off the road and surrounding rock formations. 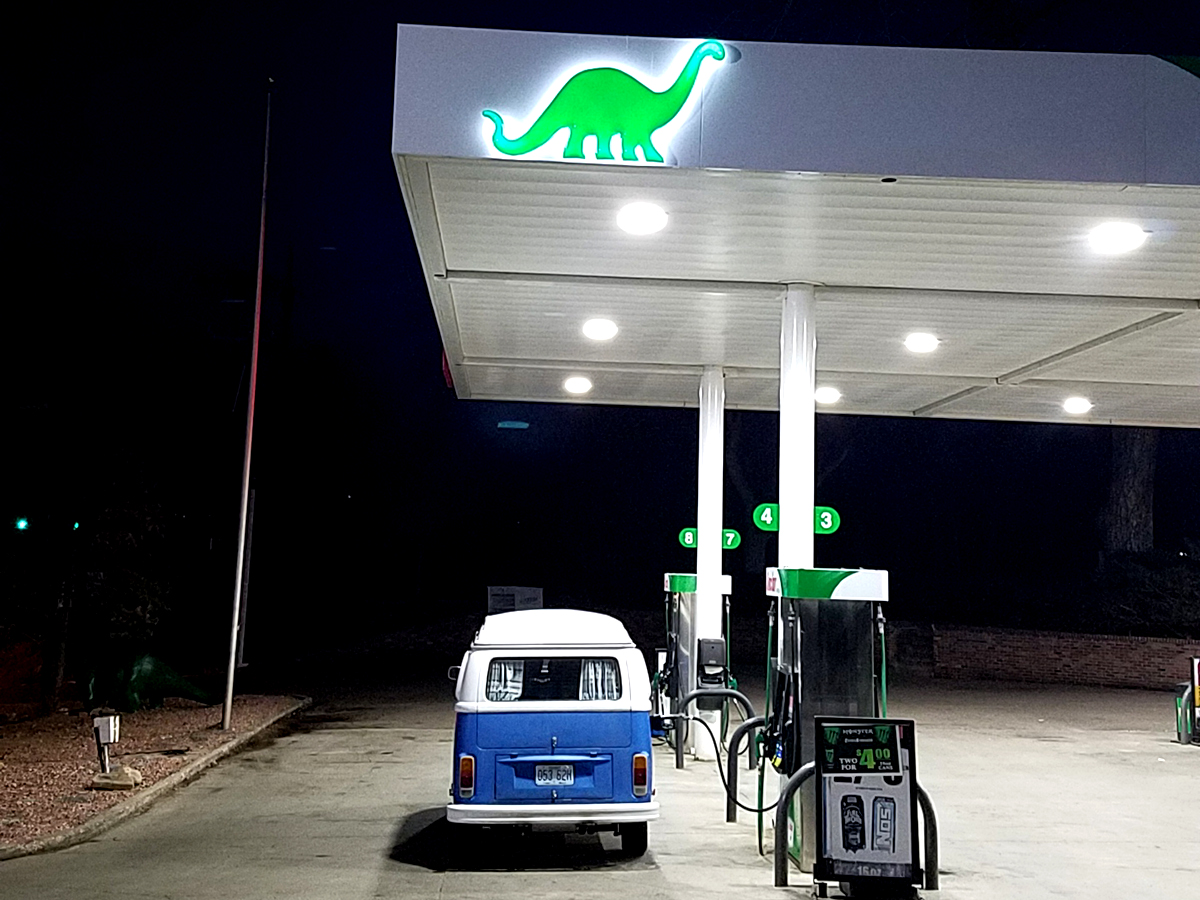 And the inevitable. Memories from our 2006 adventure washed through us. The risks and storms, landscapes and freedom …

Breathing in the stars over the Kansas plains, naked atop Boio’s roof and alone for miles. Summoning courage to barrel through angry, bludgeoning winds that all too easily could have shoved us off an open land bridge and into a lake in Tennessee. …

Bending left through oncoming traffic and out over the Mississippi River, Boio’s brakes having increasingly weakened as we rolled down the Great River Road from Minnesota to Iowa and Illinois. Helping world-changing hippies pack up a Hurricane Katrina relief camp in New Orleans. …

Feeling lonely and sorry for backing Boio into a stub of a campsite post in Zion National Park, in Utah, crushing in the center of his white bumper. Meeting Jesse Whitecrow, an artist walking a three-year-long, W-shaped zig-zag up and down the U.S., on the Natchez Trace in Mississippi. …

Stopping for lunch in the northern Montana village where my grandmother, who died in Missouri while I was on the road, had been born as a pioneer in a sod house.

And then, learning from the waitress that my grandma’s cousin, Neal, had never left the prairie town. She pointed me to his house, only 40 strides from the cafe. 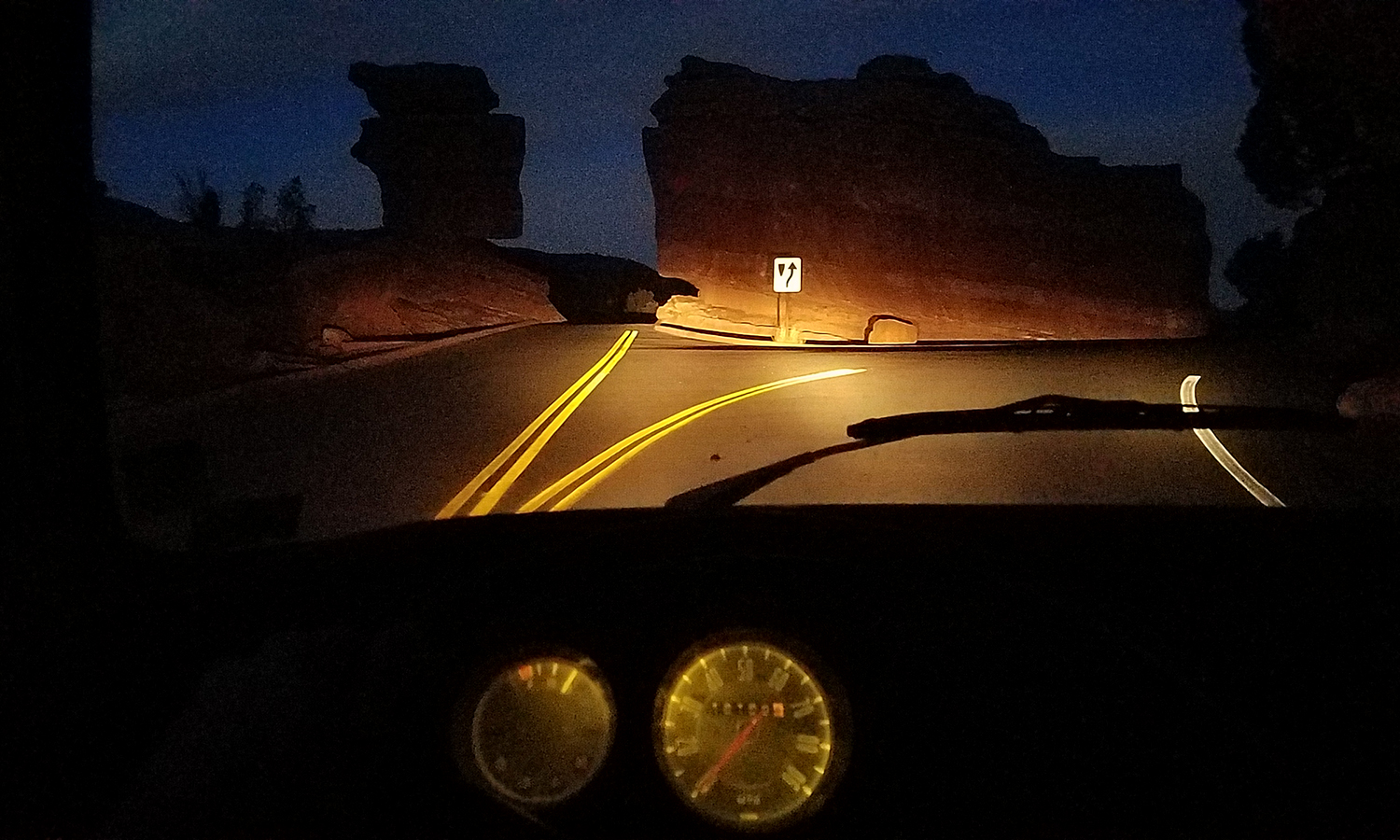 I went to say “Hi” and stayed for Neal’s 91st birthday the next day.

Then, I stayed four days past that.

First-hand stories of life on the range filled my days. A vast depth of stars filled our nights.

And family homestead treasures filled Boio, artifacts of an era gone and a family history faded.

As Boio and I looped around the Garden in the dark, it was quiet but for his voice. We admired the silhouette of Pikes Peak, Red Mountain, et al. And we considered how times have changed.

My smartphone — a pocket computer connected to the world — rested on the passenger seat, soaked in the bright of the moon. Two children’s boosters sat side by side on the bench seat in the back, each draped in blue racing-harness seat belts.

Home, family and a plate of spaghetti awaited.

When one of the boys asked Becca, “When will Papa be home?” she said, “I hear him coming.”

Boio draws attention wherever he goes, though probably less so in Manitou than in Missouri or in most Flyover Land places. His rumble tells stories, and I accept, only as a side effect, the spotlight his presence sometimes shines on mine.

But the adventure for me has changed. I hope we, the family, will take on new journeys together with Boio.

Maybe a day will come when one of my boys — or both together — will go further into the mountains and make their own stories with him.

Whatever comes, Boio is back.