On Yoga with Chris Dwyer

Note: Below is an excerpt of the conversation on yoga with Chris Dwyer, originally published here at Humanitou. The full conversation has been re-published at humanitouyoga.com.

Chris Dwyer leads yoga classes at SunWater Spa in Manitou Springs, Colo., with a sense of ease and humor. On and off the mat, Chris offers honest evidence of his practice. By how he shows up. By how he teaches, writes, engages in the community.

We recently sat down again with a cup of tea, and a plate of croissants and latkes his wife Jillian gently set on the table for us at their home, The White Yarrow Inn.

Humanitou: What is yoga to you?

Chris: The explanation that I hear most teachers give, and that came out of my training, is yoga is simply union. One hears that so much you can become numb to it, but it is the basic truth.

The teachings of Kashmir Shaivism, which is the root tradition that I practiced from, believe that there is a great oneness and we’re all facets of it.

In our life journey we don’t necessarily identify with it and, in fact, that’s what the journey of lifetimes is all about, returning again and again to how our Atman, or individual soul, is actually not separate from this greater consciousness, Brahma. 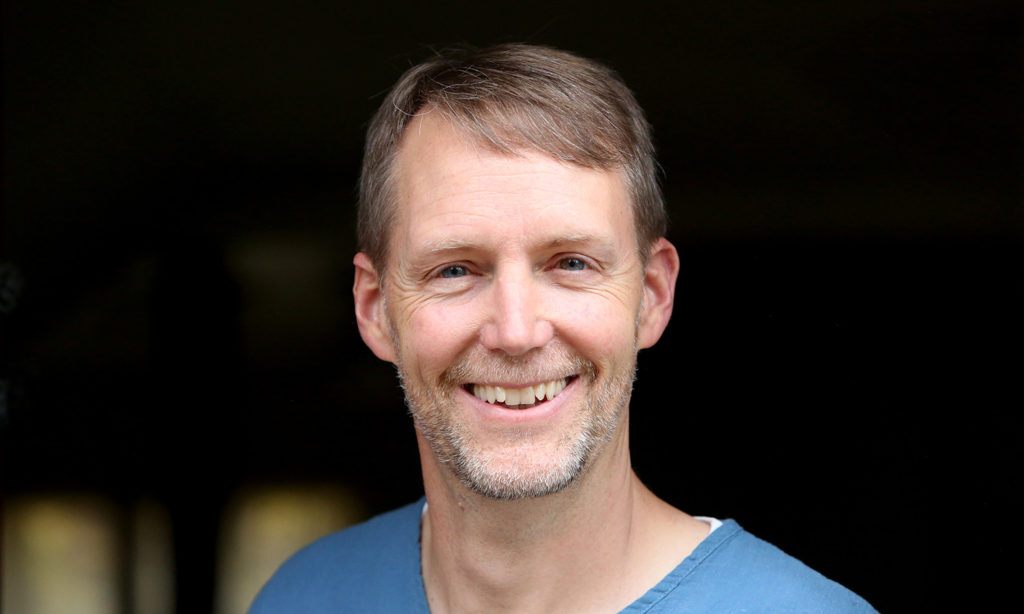 So, for me, that’s the root of yoga. And, honestly, it’s the challenge of humanity. We don’t identify as divine. We identify ourselves as people or we identify with our roles: father, worker, instructor, husband, wife.

What I see time and time again, to varying degrees, is everybody is trying to address this gap between where we think we are and who we are, and the supreme potential of who we can be.

I suppose if it was as easy as identifying ourselves as God or Source or the Oneness, we would just do it. Somehow it’s not that easy.

Maybe because we have physical forms. Maybe because we do perceive a universe that is full of objects that would appear from the outside to be solid. It raises the question of why?

Why do we have to be incarnate forms that see ourselves as separate? Kind of like billiard balls on a cosmic table, crashing into each other from time to time, trying to find that pocket.

There are no real simple answers. Everybody’s got a process for getting there or getting some of the way there. I hear all these wonderful aphorisms that can become cliches, like: Live in the mystery. Love the questions.

They’re all true and, yet, they don’t really answer the question.

… Continue with the full conversation on yoga with Chris Dwyer at humanitouyoga.com.