Several faces and stories of Humanitou will be featured next month when Kreuser Gallery exhibits “Community.” The show is a collaboration of several local artists, including Abigail Kreuser, Julie Kirkland, Chris Alvarex, Muriah Allen, Lori Sprague, Brian Tryon and me, Adam Williams. 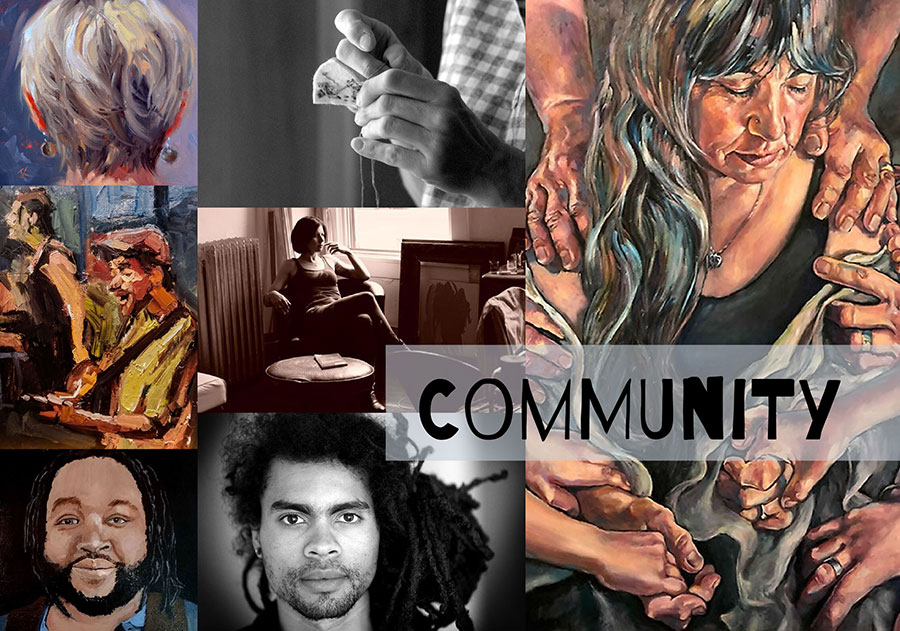 Among the Humanitou portraits to be shown, along with a quote selected from each conversation, will be:

Vincent Coleman | Artist, speaking on personal growth and crying it out … 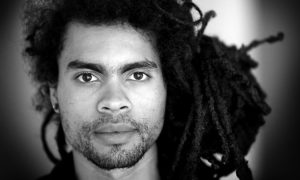 “It’s crazy. Up until two weeks ago I had not cried for a while. I mean, I lost two pets and that really hurt. I cried over that, but not just to cry like I have been. It’s really weird.

“I’m going through a lot of changes. I’m becoming a lot more mature and I’m letting go of stuff that’s happened to me in the past, and letting go of almost negative expectations that I have on my life now that have no validity to them.

“I’ve been thinking about it for so long, one day it just snapped and I let loose. I just started crying. Two weeks later, almost every day now, I’ve been crying over something.

“It’s just me letting go of years and years of being so mad all the time, and not letting go of what people have done to me. I realize that now. It’s felt really good. I can feel more, I can see more. I feel like my awareness expanded by letting go of all that negative. I feel more in touch with myself and ready to grow.” 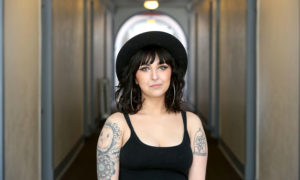 “It felt like I spent a lot of time denying who I was or trying really hard to not look like my family, or trying to speak a different way. I was deemed invisible, culturally, my entire life and never once heard about boricuan culture growing up. I never read about it in a history book. I never once heard the word used in school. I had to teach myself.”

“Every time I, growing up, saw art or poetry or movies with Latina characters, it felt so limiting, and so hard to relate to. It was stereotypical. It was feeding into all these old-school idioms of what Latinx people look like or act like. It was hard.

“So, if I can reenvision all those objects and symbols of class, race, identity and put them into the world as a way for people to reflect on those experiences in a more honest way, more realistic way, then it’s giving space for people who never had it.”

Nico Wilkinson | Poet and founder of Quaill Club, speaking on non-binary gender and using the pronoun “they” … 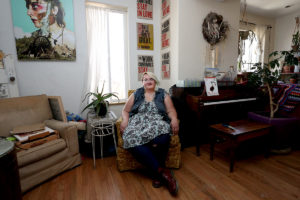 “For me, it was kind of giving it a try, because there was something that didn’t quite fit in identifying as a woman who was a lesbian in my early life. It was kind of a fit, but it wasn’t really. I was around a lot of people who identified as lesbians and there was this disconnect. It felt a little out of place. I figured I would see how it felt. It was a better fit.”

“The enforcement of binary gender is not as ancient as people think it is, and therefore it is worthwhile to experiment and to see what fits, and not be afraid to pursue what might be the evolution of one’s identity, of what your soul has been waiting for.”

“I think as I explore it more, there’s discomforts that we’re comfortable with, and so it’s working on finding the willingness and the courage to pursue that.”

View the “Community” exhibit at Kreuser throughout January 2020. Subscribe to the Humanitou email newsletter to see who is featured next. Read more than 70 Humanitou conversations and see Humanitou portraits throughout this site.