In the Tracks of the 10th Mountain Division

I went to Ski Cooper, north of Leadville, Colo., for my first time today. Snowboarding.

My wife, Becca, had gone to Cooper for her first time only a few days ago. She came home and raved and raved about it. She was on a mountain high that lasted into the night.

With our “home” mountain, Monarch, near the town of Salida, having gotten 20” of powder in the past two days, it was a tough turn to head north out of town toward Cooper rather than south to all that powder.

But on Becca’s energy, I did. I have no regrets.

Besides being an awesomely low-key, old-school spot that was amazing to ride, here’s a touch of the extra-special history that belongs to Ski Cooper, from skicooper.com:

“Cooper’s origin goes back to World War II. In 1942, the U.S. Army selected a training site near an isolated railroad stop of Pando, CO. Nearby Camp Hale was built as the training site for the ski troopers of the famed 10th Mountain Division.

“The Army selected the site because of the availability of rail transportation, its rugged mountainous terrain, and a 250-inch average annual snowfall which assured a six-month-long ski training season at the nearby 11,700-foot-high Cooper Hill.

“Following two years of rigorous training, the 10th Mountain Division was ordered to Italy in 1945 to spearhead the advance of the U.S. Fifth Army. In a series of actions that included Riva Ridge and Mt. Belvedere, the 10th Mountain Division breached the supposedly impregnable Gothic Line in the Appenines and secured the Po River Valley to play a vital role in the liberation of northern Italy. 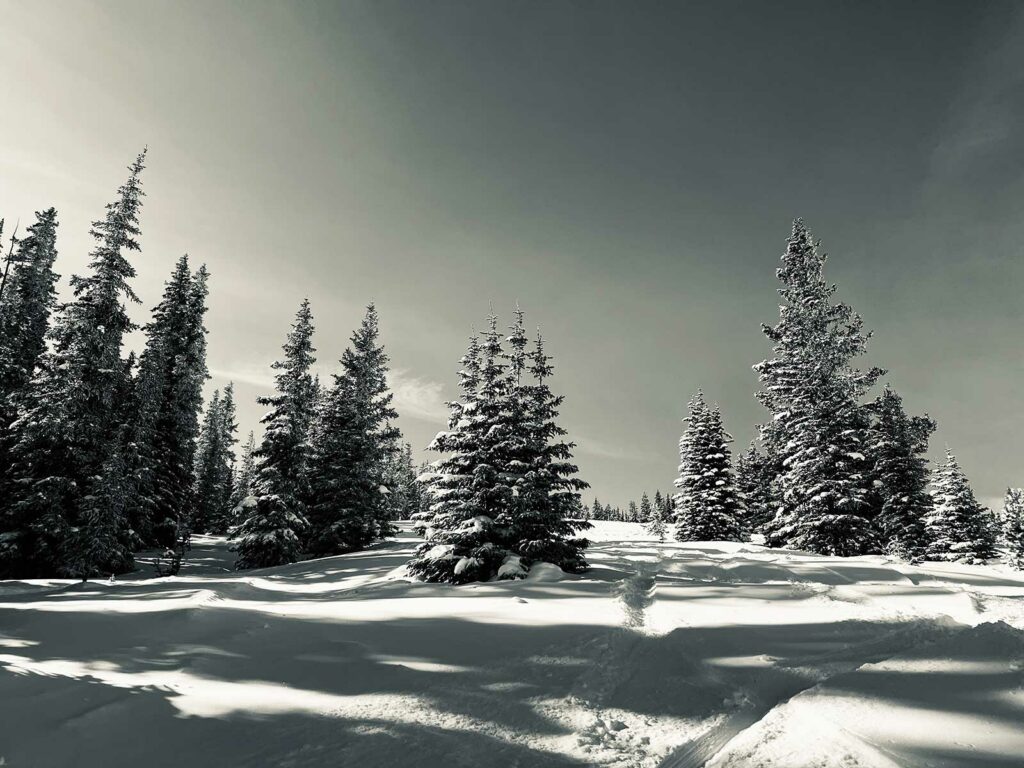 “By the time of the German surrender in May, 1945, 992 ski troopers had been killed in action and 4,000 wounded, the highest casualty rate of any U.S. Division in the Mediterranean.

“Following the war, Ski Cooper was opened to the public as a ski area. Through the years, Cooper has evolved under several leadership teams, each of which added to Cooper’s infrastructure and helped develop it into a complete ski resort.”

As a U.S. Army veteran, I’ve always found the connection of the 10th Mountain Division to the rise of the recreational ski industry (and the everything-else snow sports industry that has rippled from it) to be fascinating.

To ride the ground these ski troopers trained on 80 years ago is so cool. It’s the epicenter of the origins of the ski industry as we know it. Legendary.

I fell in love with Ski Cooper today. I drove home overflowing with gratitude for living where we do. The mountains have an indescribable allure, and I’m co-creating a life of stories, as are countless mountain-loving others, with the snows and the peaks, the trails and the waters that surround us.

On days like this, my love for these lands is breathtaking and overwhelming.

I went to Ski Cooper today. I’m floating on a mountain high. I have no regrets.