Humanitou hosted a pop-up event during Arts Month as part of ArtPOP, a local-arts series supported by the Pikes Peak Arts Council and the Cultural Office of the Pikes Peak Region. Participants shared stories and were photographed during 30-minute sessions. The conversation below is one of seven in the Humanitou ArtPOP series.

When Kinsey Zaïre sat with Humanitou, she shared about her continuum of creativity and her appreciation for paradox, about self-love and what she’s learned about authenticity in relationships.

“It’s a shop for all the things we love,” she says. “For me, that’s plants and art, design-centered cannabis and organic CBD.”

Humanitou: When you applied to participate in this Humanitou ArtPOP experience, the topics of art and serial entrepreneurship were on your mind. Let’s start with that.

Kinsey: I’ve always been a maker. I feel even before I felt comfortable with the label of “artist,” I called myself a craftsman. That was what fed all my entrepreneurial efforts over the years.

A predecessor to Garland, like five years ago, I tried to make a line of ceramic pipes that were really beautiful.

I call myself a serial entrepreneur because, like many artists, I’m a lot better at starting and planning and birthing a new thing than I am at tying up loose ends or paperwork.

It’s been an interesting education over adult life, I suppose. I’m better at doing these business paperwork things in my 30s than I was in my 20s. So maybe I’ll stop hopping from idea to idea as quickly. 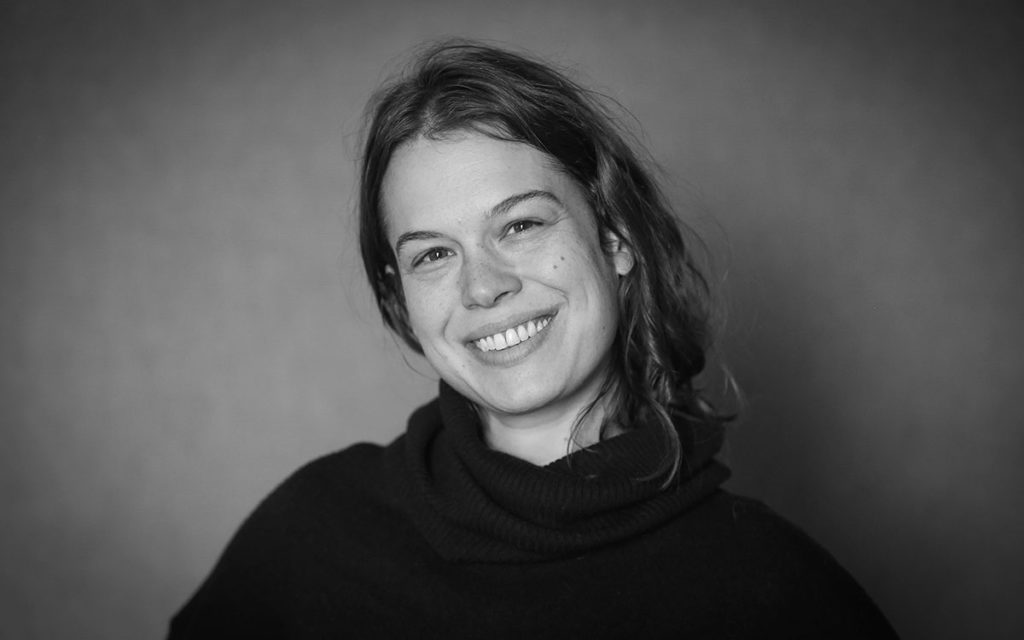 Humanitou: How do you reflect on the series of those experiences you’ve started and moved on from, and look at yourself and Garland as the present and future iteration on this journey?

Kinsey: They kind of all feed each other. The first thing that came to mind was mentioning them as seeds.

Another little venture a couple years back was I wanted to make an oracle deck for working with flower essences. I illustrated 50-plus flowers and laid them out, and now that’s something that I’m selling in Garland. It’s also something I just got two wholesale orders for, which is great, because it keeps Garland floating until people find out about it.

Some of them are seeds that keep popping up when I need them, hopefully. And I think maybe Garland will be that too. I don’t want to hold too tight to it. I already, this last week, started thinking what my new venture would be and got this excited feeling of the new idea.

And I thought this definitely means I’ve recovered from the creation of it, which is my favorite part. I think it’s just a piece of the continuum.

Humanitou: Is it challenging — emotionally, creatively, financially — to have this series of beginnings? Is there an internal conversation you have around that, where, for example, “If I stick with this and allow it time to grow, maybe it will bring me stability?”

I ask this from a personal place, because I ask myself these kinds of questions.

Kinsey: Totally. And it makes sense. Any artist or anyone trying to make a small business knows that it takes funding. I feel like the big shift for me happened about four years ago, when I went to code school and I became a software engineer.

Now I don’t feel like I have to pour too much effort in to promote any of my various ventures, because I’m self-funding them through my day job.

I can maintain that software engineer, hundred-percent remote day job to put that into whatever I want to do.

I don’t have kids. I just make stuff. I build things around me, I suppose. That’s where I’m putting all of my income, really, because that’s what I’m into.

Humanitou: I think that speaks to where we are in the world now with these technological capabilities, with remote, reasonably autonomous work life. That and the idea of the gig economy or sharing economy are fascinating to me.

Kinsey: It definitely feeds into thoughts of having to hold multiple careers or having to have a side hustle. For anyone creative trying to promote what they’re creating or what they care about, it’s probably not their main source of what’s feeding them.

I feel very fortunate that I was able to go to the code school and learn what I learned. I think it’s coming from a real place of privilege.

When you normally think of gig economy, I don’t think it’s always that lucky. It’s people who are having to pick up shifts running errands or they’re driving people around, on top of their day job.

Being queer you don’t quite fit in. You don’t immediately follow the path that other people follow, so you have to make your own. You invent it as you go.

Kinsey: Yeah. That would be hard.

Before coding, I was living in Denver and I was working as a security guard at the art museum, which I loved, but they had to keep everyone at part-time, under 30 hours.

That was the world I was living in. I was picking up any odd job I could to keep making things. You’d just hope an art piece would sell so you could buy materials for the next one. It’s tough. It doesn’t leave you with much time to make things.

Humanitou: It sounds like you don’t fear self-reinvention. There’s overlap, maybe, in that they are creative ventures. But it sounds like you are daring, like you’re willing to keep leaping and see what happens. Is that accurate? And if so, what do you fear?

I think I can get in my head and get spun out over just ego shit. “Did someone misunderstand something I said and think I was making fun of them?” It’s always about how I’m received.

I think I grew up hoping everyone would love me. I’m kind of a chameleon. I can shift to fit different roles and be appealing to a wide variety of folks.

I think somewhere in my mid-20s that was an unconscious desire that I maybe wanted to consciously stop. I wanted to please me.

Humanitou: I think it’s difficult for us, for people, to come to that place of recognition. It’s not easy to unbecome those old stories and connect with our authentic selves. It takes courage.

How is that process going for you? What do you see as your authentic self?

Kinsey: That’s a broad-feeling question. The first thing is it makes me appreciate paradox.

I think that there’s something that comes from feeling you’re an outsider. Growing up I always felt like I was on the fringes of everything. I think when you feel on the fringes, you have to stick up for yourself.

That makes it sound like I didn’t have support. I definitely had people rooting for me but I also felt, over the course of my entire life, it wasn’t hard to see who I was even if other people couldn’t.

That speaks to things like being 27 and realizing I needed a divorce, even though I was raised to think that was a massive failure and wasn’t even a possibility. When I was young, that didn’t seem like a thing.

Having to make tough decisions that enforce your autonomy and independence can’t help but reinforce all of that attitude over time.

Being queer you don’t quite fit in. You don’t immediately follow the path that other people follow, so you have to make your own. You invent it as you go. 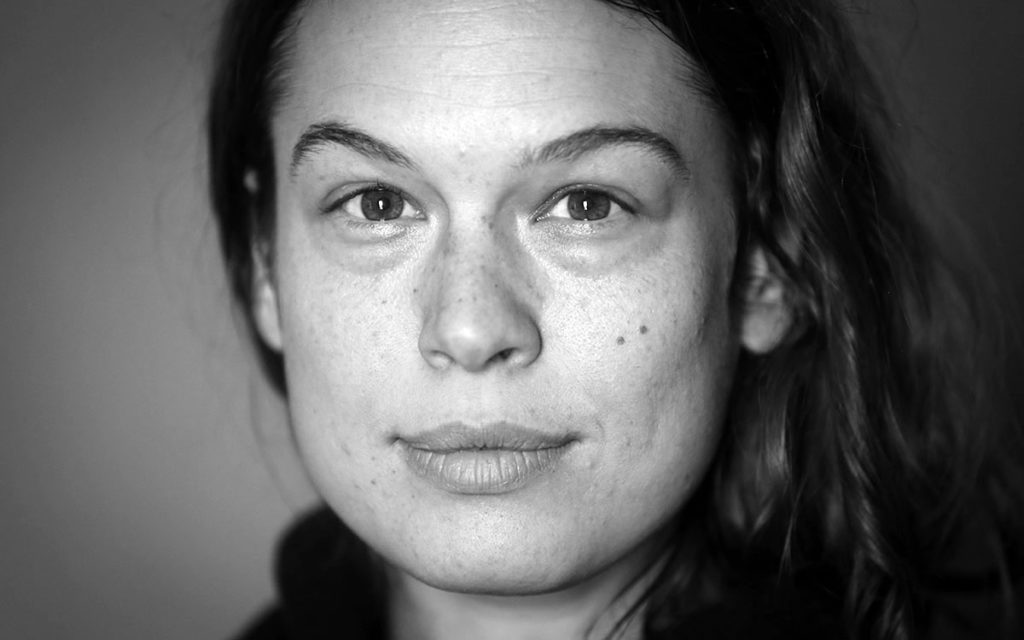 Humanitou: You now identify as queer. It sounds like you were married to a man and were fulfilling the “shoulds,” so to speak, those expectations from others?

Kinsey: Yes, I was. It was a very early thing. I got married when I was 21. We were married seven years. It was the fact that I wanted to have relationships with women as well that sort of threw a wrench in things in the end.

And then the self-discovery that comes after that.

Humanitou: Any relationship that comes to an end is emotional. Yet to be so honest with yourself about it, regardless of the reason, can be liberating. Did you feel it in that way or what has your feeling for that experience been?

Kinsey: I feel like I can look at the close of each relationship I’ve had as holding lessons for the next one.

That relationship ended and I knew I couldn’t be strictly monogamous anymore if I was really feeling compelled to continue to have relationships with both women and men, or fem-identifying and masculine-identifying.

The next relationship I found myself in — because I do like to build a thing with a person over time as much as I like to, sort of, bumblebee — had caveat for that. It worked. I was with another man but I was allowed to have girlfriends if I wanted.

With that one, I learned how to tell if someone was giving you something they didn’t want to give you. This person, my partner, was like, “Yeah, you can do this.” But if I ever took advantage, you could tell it was not well received.

So the next one was even more solidly like, “This is just who I am. I am non-monogamous. I am very queer. And that’s how it has to be, if you’re going to be with me.”

It’s led to me having many wonderful loves over the years.

Humanitou: You are smiling a lot in this conversation. I see lightness and comfort within one’s skin. What do you love about yourself now?

Kinsey: We’d need more than the time we have, probably. I’m a sucker for myself.

I often say that’s the interesting relationship in my life. I will listen to a love song and be like, “Yeah, baby, that’s about me.” Not in a, you know–

But I definitely will look in a mirror and pep talk myself every day, stoked about everything I’ve accomplished. I’ve already achieved all my dreams. It’s just fun to watch now.

That sounds real cocky. Maybe we tamper it down a little bit. (laughs)

Humanitou: No, no. It’s a shame we feel like we aren’t allowed to love and celebrate ourselves. We need more of it. So go ahead. Be you. It’s perfect.