Jeremy Tackett leads biodynamic agriculture at Smokebrush Farm in Manitou Springs. He speaks to the history and philosophy of biodynamics, and his spiritual connections to it, with depth and eloquence, with passion.

As Jeremy, 34, walks Smokebrush Farm, the earth that supports and lifts up two adjoining SunWellness properties — SunMountain Center and Red Crags — he talks with Humanitou.

In part one from this conversation — “Jeremy Tackett | Success, Vanity + Biodynamics” — we talked about early adult years on the road, what led him to the Big Apple and in front of the camera as a romance novel cover model, and his heartfelt definition of success.

We also touched on Jeremy’s art and philosophy of biodynamics, but here is where we dive deeper into the fascinating mantras, celestial mechanics and connections that drive Jeremy and his work at Smokebrush Farm.

Humanitou: How long have you been guiding the biodynamic agriculture process at Smokebrush Farm?

Jeremy: This project is 20 months old right now. Nowadays, the most popular tagline has become, “Beyond organic.” That’s one I was using a few years ago, until I started doing a lot more inner work.

After utilizing some of these philosophies and exploring, really consuming the language of biodynamics, I didn’t understand a lot of the language. While trying to unpack it, dissect it, work through it, I started to have a lot of aha moments within, with ego. 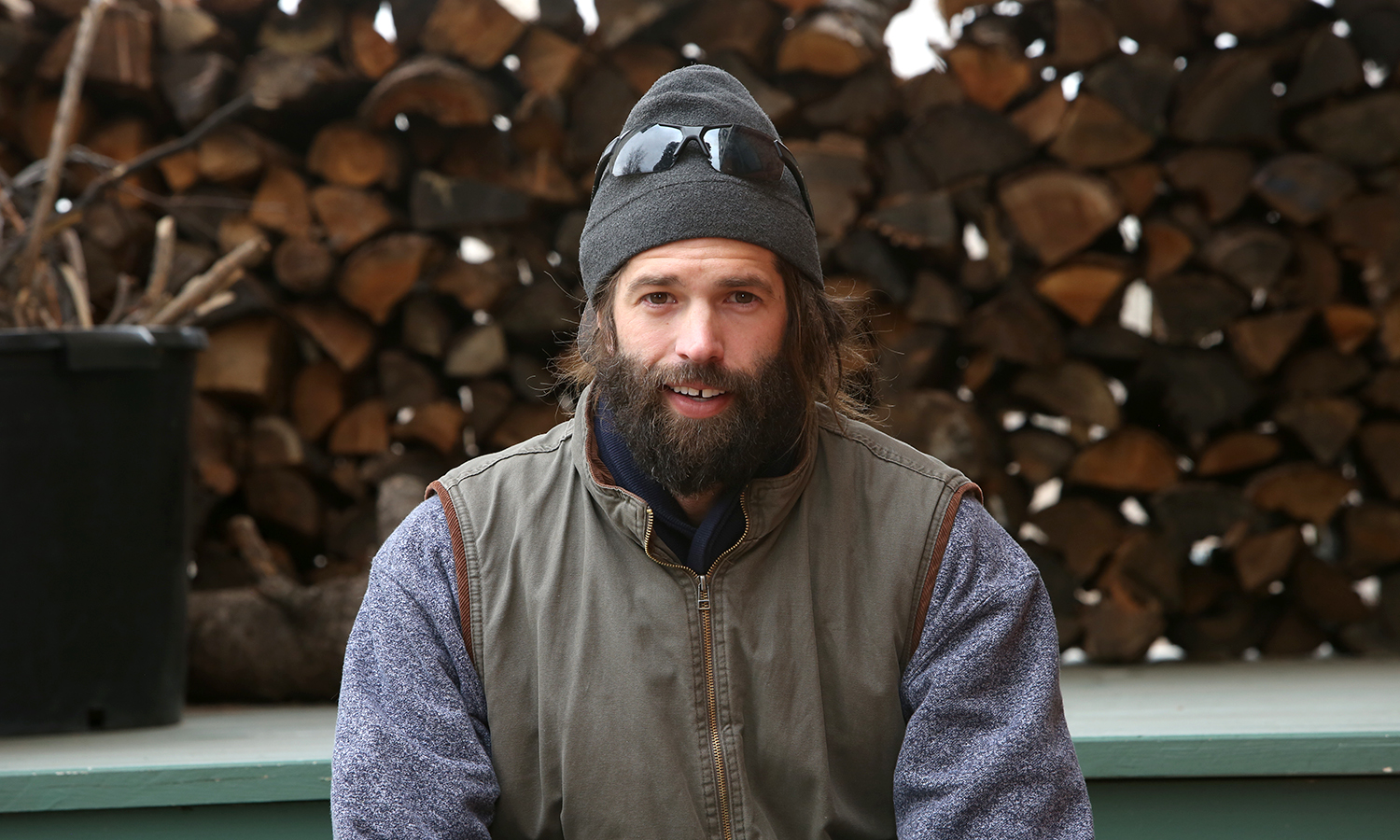 I wanted to stop using “beyond organic,” because it’s just ego. It sounds like biodynamics is, therefore, better than organic. What biodynamics has an opportunity to do is to bridge the gap within all of society, between conventional and regenerative agriculture, or just natural agriculture, which can be organic, biodynamic, permaculture, whatever.

The need is to be able to model serious sustainability. We have to do that without broadcasting shame onto others. I would love to have a conversation with Bayer or Monsanto or anyone who believes we can’t feed the world from our actual natural resources, that we must intervene.

Our work here isn’t against hybrids, conventional agriculture, synthetics. It’s for biodynamics and a natural choice, and by not being against them, I feel we can dispel that fear-place that they are operating from.

Humanitou: You’ve mentioned inner work, Buddhism, and some other aspects. Do you have a daily practice, in that sense, aside from your biodynamic work on the farm?

Jeremy: Nowadays, I really feel I’m so fortunate to be where I am, to have the fiscal and spiritual support that I have now.

I use that word spirit, acknowledging there’s that magical part of life that all living beings share. I call it spirit. We could also call it nitrogen, or these trace minerals that we’re all sharing, that are keeping us alive.

I found that agriculture, farming, earth is now my profession, my recreation, my math problems, my church worship, as well.

Humanitou: I would think creativity, too?

Jeremy: Oh, yeah. Oh yeah, big time. Big time. So much of that is open to inspiration. There’s this old idea of where the original genie came from, and it came from our genius or our angel, or the old spelling of demon. D-a-e-m-o-n.

So, we had some sort of spirit or friend-familiar that was looking out for us. Nowadays, with more of a Christian society it’s guardian angel, that thing on the shoulder that’s helping you out, giving you some insight.

For me, it’s just a connection to spirit or being open. With everything that has been molded here, any designs that I’ve helped co-create on this farm, nothing came solely from me and my ego or my design. Nothing came from hours staring at paper and grades and exposed sun and the proper process that most landscape designers and agricultural workers use.

A lot of it was just embodying the discomfort of going slow to go fast. You’re not making big, reactive decisions right away, but just acknowledging where we are.

So often we have to talk to people and meet them where they are, and what we forget to do sometimes is to meet ourselves where we are or to meet our new project where we are. We’re sitting around with a blank canvas and we want to go from blank canvas to finished product like that.

When we started here, I just came and listened, walked the ground a lot and waited to be inspired, waited for nature to reveal through a disciplined observation process that, “Oh, this is where we could use a berm, and this is where a fence could go.”

By being open and having some of this information just come to me, and some of it’s through observation, it takes a lot of that pressure and that credit off of us.

It’s where that genius came in with old artists from Renaissance period and before. They were able to have a success and give it up to their genius. “Oh, well thank you, but my genius really did a lot of the work.” And when they had a flop, “Well, that genius really messed up. They weren’t delivering.”

And what that did was it took a lot of the gravity off their shoulders. What they experienced utilizing that idea, they weren’t feeling that “I — I, I — have to come up with another hit. I have to get this, I have to do this.”

Here’s the thing about acknowledging a life force that connects all of us, or a spirit, or holistic behavior, is we’re all connected. We so often forget about that.

Jeremy: We have a lot of mantras and philosophies, not just within biodynamics, but within my practice and our practices here. Some of those are: “Always be growing,” “Go slow to go fast,” “There is no waste, just matter out of place,” “Process over product,” and all these mantras we really want to embody.

We don’t want to believe in biodynamics, we want to practice biodynamics. We want to show it through a curiosity of the natural world, of getting closer to the source and exploring celestial mechanics through astronomy, and, really, exploring it through documentation.

We planted this seed when the moon was in this sign, and what we’re really looking for is to collect this data so in three years we can step back and go, “Oh, that person who actually did that process and did the research back in the Forties was right.”

And when we harvest this beet in a fire sign or air sign, it stores longer than when we harvest it in a water sign. There’s just a little bit of what we call old-world peasant wisdom, the harmonies and cycles of what’s going on underneath the surface of what we’re all seeing right now.

So I say what we mainly grow at Smokebrush Farm is consciousness. And what we mean by that is just a standard definition, not too esoteric or hippy-dippy, an awareness of your environment. That’s it. 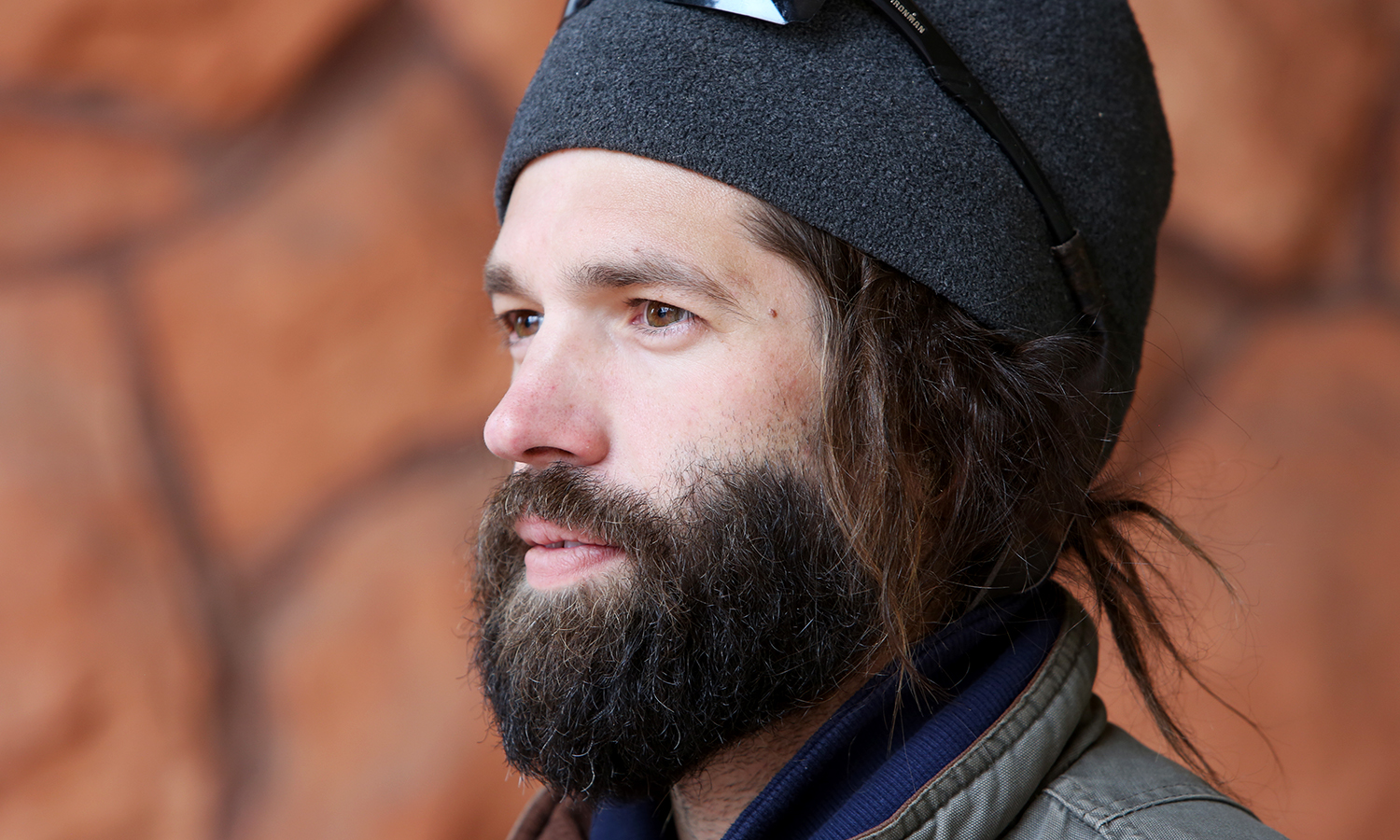 Humanitou: “No waste, only matter out of place.” It sounds like a philosophy that can be applied across life.

Jeremy: Absolutely. And I got that from the Burning Man culture. They’ve got to pack everything out. After ruminating on that for, like, 24 hours, I immediately went to “energy out of place.” Because energy, right, it doesn’t just leave or vacate. It transfers, it goes into something else, right? It’s transformed.

We think, well, we’re investing so much, then we’re going to get the appropriate return. If no one asked us to make that investment, we may not get that return.

There’s a way to apply that matter out of place. What I’ve learned through biodynamics is that, for me, it can be a way of life through the philosophy, that getting closer to the source, having a thirst or curiosity on how to explore or locate the periodic table as it exists in nature. That’s what’s big.

In so many ways, because we’ve disconnected from nature, that which we belonged to so long ago, we no longer see these opportunities to behave holistically. And within biodynamics, one of the main things we employ is holistic management. There’s a whole bunch of systems and beings, and how are those going to be interconnected?

Humanitou: You also are involved and sharing your expertise for community benefits?

Jeremy: That’s been really invigorating, really working with the municipality, sitting down with the city and helping co-write ordinances so we can, actually, fulfill our needs as a small town. 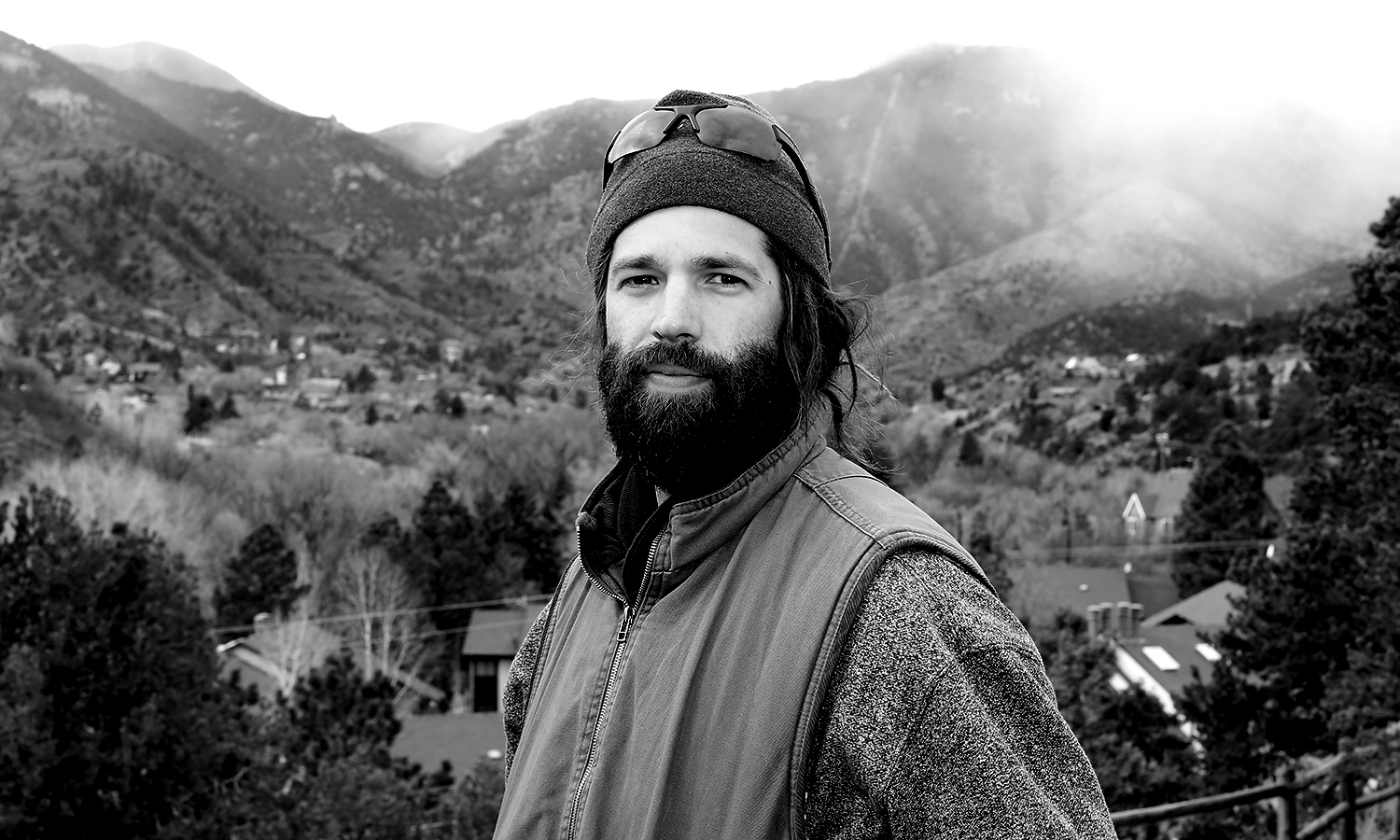 Humanitou: I’m guessing, 10 years ago, this might not have been where you would have imagined being in your life. Not necessarily geographically, but with your life work, and working with city government. If that’s true, I’m curious if you have any vision for where you might be heading.

Jeremy: So, 10-12 years ago, my wife and I did think that we’d have some sort of intentional community, more similar to, like, The Farm in Tennessee. That was founded by the Gaskins in the early Seventies. We knew that we wanted community and arts and agriculture just flooding our beings.

We never thought it would be like this. But at that time it was definitely more selfish. At that time I wanted to be on a hundred acres out in the boonies with 50 like-minded individuals, just living our lives, disconnected from society. That was my premature projection of what I thought I wanted or needed.

What I learned several years ago is that is not my path. It’s not my path to convert people. At the same time, it is part of my path to be part of society and demonstrate what we are capable of. And disconnecting and retreating totally, and not showing people this is how we work out our differences, this is how we model our future. It made it very clear that I need to be part of a larger area.

In the future, other than agriculture, I’d like to focus on leadership. And I choose leadership over politics, but I reckon politics. I wanted to run for city council of Manitou this last year, and it just wasn’t appropriate. It felt much more like a want on my part, rather than a need on the community’s.

When I started going to city council meetings I was getting turned on just by being in the room. The whole agenda could have nothing to do with agriculture and I was still excited.

I believe that holistic behavior is something that can be incorporated into business and society. I believe that when our systems are linked, we save time, money and resources.

Some greater form of service or leadership, I’d like to be in my future.