Being a Highly Sensitive Person: My Quirks, My Superpowers (Yours too?)

I’ve never been a comic book, sci-fi, Marvel superheroes kind of guy. I was drawn to nonfiction stories more than fiction, in general, and more than fantastic space-alien types of fiction especially.

But in the past couple years, I’ve become aware of my own superpowers. This awareness has helped me to see the lemonade potential in what I’d only known as the bitter lemons in my way of being.

What long seemed to be bothersome neurotic tendencies, under-skilled social behaviors, and uncommon analyses (and questions!) that often were unwanted by teachers, coworkers, bosses, etc., left me perpetually feeling misunderstood and alone. I now think of those “quirks” of my being an introvert and highly sensitive person as gifts, or superpowers, thanks to therapist and author Imi Lo.

I had read Imi’s writing about being emotionally intense and highly sensitive over and over. She shares content extraordinarily generously on her Eggshell Therapy website. That felt useful in itself, but the breakthrough came with my Humanitou podcast conversation with Imi in 2021.

Since then, I’ve felt seen, heard and understood in a way like never before. I’ve not felt as alone. I’ve come to understand that our individual brains do, in fact, function differently, that it’s not actually been years of outright rejection of who I am by the majority of humanity.

Rather, it’s been confusion about not knowing each other’s radio frequencies. Others truly can’t comprehend how my brain functions, how I perceive and feel the world, how and why I think differently (nor I theirs). I’ve felt misunderstood my whole life? It’s because I have been misunderstood. Okay, well, cool, I guess. The good news: I am sane after all, wasn’t making that up.

Imi describes emotional intensity as a form of neurodiversity. That’s a word that has become much more broadly heard, if not always understood, in recent years. I’ve been hesitant to describe myself as neurodiverse, because I’ve not been diagnosed and don’t feel the need to be.

And because I feel like my brain does not necessarily place me on the spectrum, as it’s generally thought of, it seems false and self-absorbed for me to suggest it does. I’m okay without the labels and category boxes. I just want to better understand myself, including as a parent and as an artist.

From Imi Lo, as published on her Eggshell Therapy web page for emotional intensity:

“Emotional Intensity is a form of ‘neurodiversity’— the biological reality that particular groups of the population are innately different from the norm.

“As a human species, we seem inept at embracing differences. We have divided ourselves in a countless number of ways— between black and white, between the majority and the minority, between introverts and extroverts,  even between the stoic and the sensitive. Our current political climate is a clear reflection of this dark side of our tribal nature.

“This is why people with an emotionally intense personality often find themselves on the margin of society, being condemned as being ‘too this’ and ‘too that,’ or that somehow they are deemed as being too fragile for the world.

“The problem is not our differences, but our judgement of each other, and the indifference towards it. By pathologising, stigmatising and marginalising intense people, the world is sitting on a gold mine without knowing it, and we are being held back in progression as a collective.

“Having an intense personality is not inherently an illness — in fact, it often points to potential high intelligence, unique talents, or endowment.” 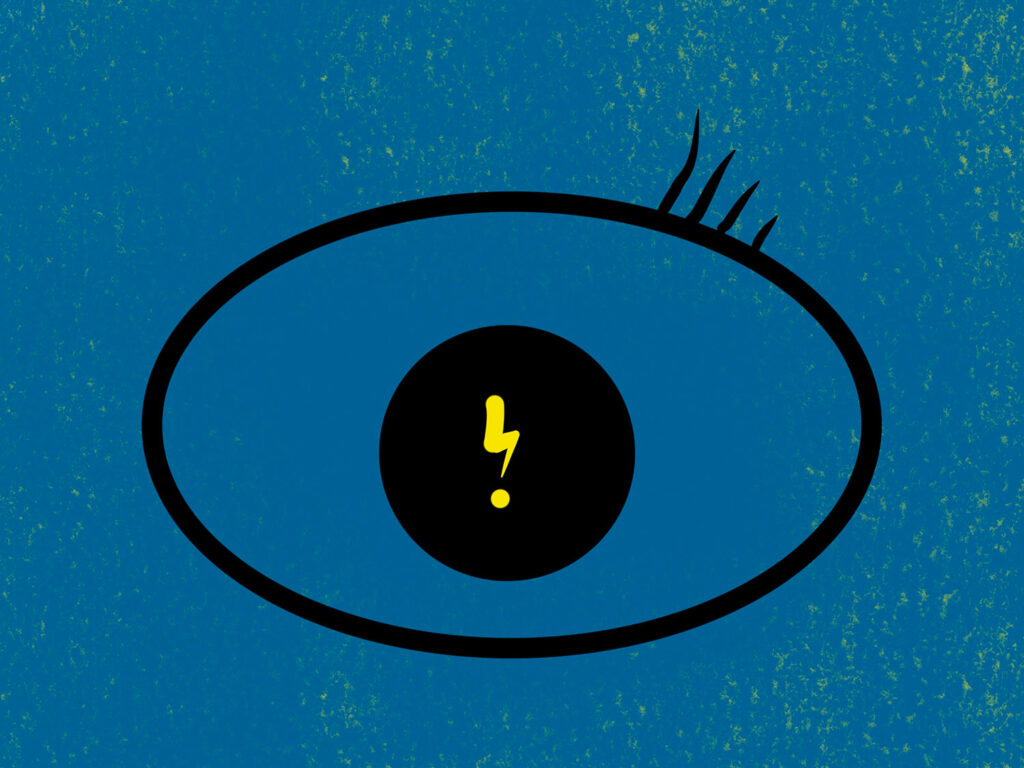 In this way, those of us who have such superpowers surely are in league with someone like Batman. He is rare in his capacities, lonely, sometimes welcomed for his abilities, and sometimes shunned.

Batman’s superhero status also is hotly debated by comic book enthusiasts about whether he even counts as a superhero compared to the likes of Superman and others. Does it get more relatable? (Actually, does it? I don’t know, but I think that works if I leave it there and exit now. That’s as far as I can stretch with this weirdly chosen analogy, given my lifelong indifference to the sagas of superheroes.)

Since talking with Imi on the podcast, I’ve come to recognize my ways of being as gifts, not just burdens, and sources of confusion, frustration, anxiety and depression, especially during these past several years when the world has felt increasingly baffling.

I have come to this moment of clarity for myself: That is my gift. The feeling, the intensity, the heightened ways of seeing and being. It is my duty to shine through my superpowers of feeling and expressing. Feel it all, process it and shine it back out to the world. …

… Welcome the feelings, the pains and confusions. Embrace them in all their difficulties and joys. They are the sources of my work. My sensitivities, my emotions, my intensities … They are my powers. The powers do not come cheaply. There is a price. And there is value in the gifts bestowed.

The legendary music producer Rick Rubin says, “What makes an artist great is the ability to access the inner world we all have but that most others can’t access.”

The bottom line for me: The way my brain perceives the world is here to stay. I can’t change it but I can embrace it, use it as the powerful tool it is. I don’t need to stuff it down and try to act “normal” for everyone else. I’m doing my best out here. And that’s pretty damn good by any standards. Can you ask for more? Can I?

If any of this resonates with you (or someone you know), then I recommend that you listen to my conversation with Imi Lo on the Humanitou podcast and do some free reading on her website. Seriously, she’s published books’ worth of insights on her website. And she’s published books, as well. You also can book a therapy session with her and start your own conversation, if appropriate.