Hannah Rockey’s stage presence is clear, even as we sit in the print shop of her father, artist Charles Rockey (“Rockey”), on Canon Ave. in Manitou Springs. It’s the clarity and strength of her voice, the punctuations and emphases.

Rockey sits in on the conversation, listening to his daughter’s stories and perspectives. Hannah, 48, grew up in Manitou with Rockey, from the age of 10. The love and mutual admiration between the two of them is visible.

“She’s still my little girl,” Rockey says. “We spent a lot of time together when she was a child.”

But on this day, the focus is to get to know Hannah. She talks with Humanitou about acting and the blurry line between self and character on stage. We talk about truth in fiction and the silver lining of experiencing shame publicly. We also dip into spirituality, faith and mental illness. All with laughs scattered throughout. 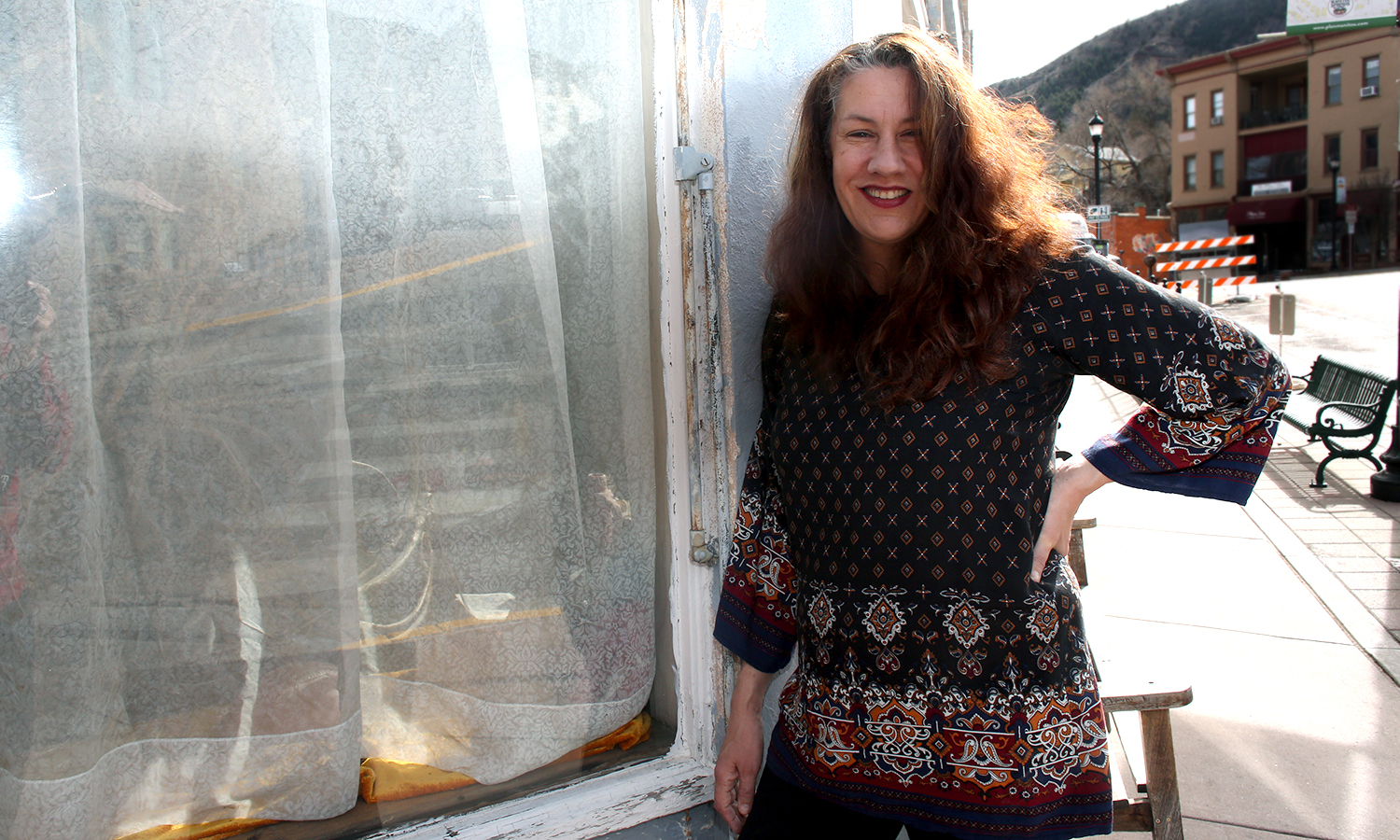 Hannah: I don’t really have an editing filter, so I get myself in trouble a lot. I feel strongly and say what I feel.

Humanitou: Does that bother you? Is there remorse in that?

I feel bad, but once you’ve made amends or done things in your life, you can’t hold onto it. I don’t want to come across as callous, but to wallow in remorse for longer than what’s healthy is just destructive.

Humanitou: Life is always moving forward. Sometimes it seems like we try to hold it back because we’re trying to fix those things we get too worried about.

I think sometimes we spend a lot of time doing that.

Humanitou: You’ve just highlighted how fiction connects to the real human condition, that there is truth in fiction.

Hannah: I think there’s some truth in all fiction. When we write a play, we can’t help but to write part of ourselves in there, or our experience.

When Dad paints, he’s in the painting somehow, his experience. Where is the line between truth and fiction?

Humanitou: You are an actress at Millibo Art Theatre in Colorado Springs.

Hannah: I’ve been in plays at Millibo for 15 years. This is their 16th anniversary. I joined them in their second year and I did a piece called “10 Minutes Max,” where everybody has 10 minutes on stage. 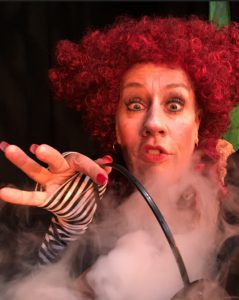 I did a piece about an angel who, this woman died in a swimming pool trying to give the greatest baptism ever. She wants to be fit during her baptism, so she wears ankle weights. She ends up dying during her baptism, and she’s in heaven sooner than she planned.

That’s kind of a comment on life. My favorite work is spiritual. It has something to say about the human condition, what we strive for and where we make mistakes.

Humanitou: How much of that is you expressing a story through a character, and how much is you finding yourself in that character and, somehow, gaining catharsis or some personal exploration?

Hannah: Twenty-nine and a half percent and, uh, what’s the remainder? (laughs) There’s no way of telling. I pray and pray and pray a lot before a show, and ask God to tell me what he wants me to share with me as the conduit.

I always feel like I’m learning as much from my pieces as anybody who’s watching it.

Humanitou: How would you describe your art, your creativity, your involvement in the arts through theatre, beyond acting? Is it your profession?

Hannah: It’s definitely a profession. But I feel so blessed to do work that I love and have a passion for. Dad taught me, don’t ever do something for money. Do something you believe in, and money plays no part of that.

So, my husband, he’s been a stand-up comic for 40 years. I was a stand-up comic for about 20 years, and we were part of an improv group for 20 years. We did characters in murder mysteries for 25 years. And I’ve been doing plays at Millibo for 15 years. I’ve done plays at other places, but Millibo is my family, they’re home to me.

I do a lot of original work with Birgitta De Pree. She and I write pieces all the time, and she’s a wonderful actress. She and I are really strong women and we push each other, push against each other. You end up with this really creative place to go.

But it doesn’t feel like mine. I guess I don’t take credit for writing stuff, because I feel like … I don’t mean to sound silly. It sounds silly to say God talks to me, but you know when you read and you listen and you pray, He does.

Humanitou: You’ve mentioned spirituality and you’ve mentioned God. When you talk about God, are you talking about the common Christian view of one god or are you speaking in the sense of the various ways people speak of spiritual forces or energies, a broader concept?

Hannah: That’s a big question, isn’t it? I was brought up Christian and I, probably, hold in my head an image of God that’s like this great big man with a big white beard.

And when I pray, I say, “My father in heaven …” But I don’t say, “Well, the Universe told me or the energies told me.” I do believe in God. I believe in Jesus Christ. I believe that Christian view.

When other people say Universe, I don’t say, “Excuse me, that’s God.” You know what I mean? I understand that other people have a different view.

Humanitou: It’s so common to fear death and not want to talk about it. Tell me more, why the readiness?

I’m not scared. I’m excited. I’ve done everything in this life I’ve wanted to do. I don’t have a bucket list. I’ve been living my bucket list since I was a little kid.

Humanitou: What are the things that’s meant a full life to you?

Hannah: Giving birth. Getting married. Traveling. Living my passion. Taking care of people as much as I can. Oh! Being shamed.

And I don’t say that in a negative way. When you speak, I care about what you say, I want to listen to you. But your opinion about me, I can’t let that dent me or hold me back. 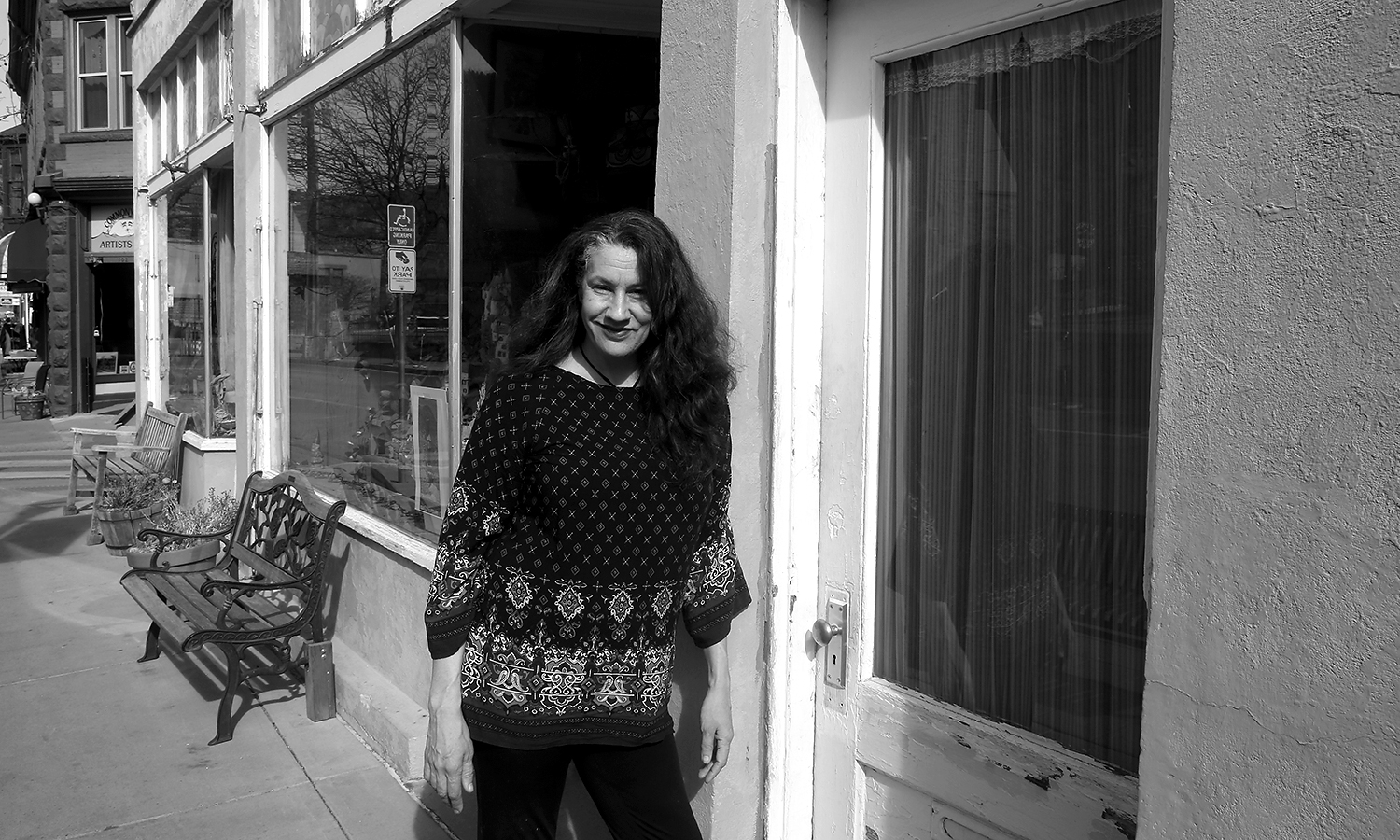 What else? I’ve had a sister commit suicide. Except for my hamster when I was little, that was my first experience with death. She was so close to me. We grew up inseparable. So, her suicide brought me to the deepest sense of despair.

Humanitou: Was she an adult at the time?

When you’re 27, you’re kind of doing your own thing. I was going out dancing, I was drinking, I was doing my thing. I wasn’t open and understanding of her … despair. Her trauma … her fear of living … her need to die to get out of what she was feeling.

I was ignorant of all of it. I think, for two years, I didn’t leave the house and I didn’t work. My husband just tried to make enough money to take care of me. I was in the hospital for almost six months. In a mental hospital, and I’m not afraid to say that.

We have this push against it, this fear of it, this turn away from it, and this almost audacity that we are better than those who are mentally ill. And we forget that we, ourselves, can become mentally ill at any time.

Humanitou: I would suggest that stigma has something to do with our own fears of being found out for our own thoughts. We fear being shunned and fear that showing acceptance of the “shunnable” might bring that upon us.

Hannah: Absolutely. It’s like guilt by association. So, if I don’t have any problems with somebody being mentally ill, something must be wrong with me.

And that’s where theater comes in. I’ll put mental illness, I’ll put death, I’ll put all those things on stage so the audience can collectively go, “Thank God. Somebody feels the same as I. Thank you that somebody said that.”

Humanitou: I hadn’t meant to talk about your dad with you, because I want this to be about you and I have highlighted his insights a handful of times on Humanitou. But, I must say, this seems to be a very close relationship.

Hannah: (laughs) He’s my soulmate and bestie. He’s been my best friend since I was a little kid. He taught me about art and life and influence. We suffered the loss of my sister’s suicide. My brother died of leukemia at 44 years old.

We’ve been through that together. We had six of us children and now we’re down to two. I think that draws us even closer. 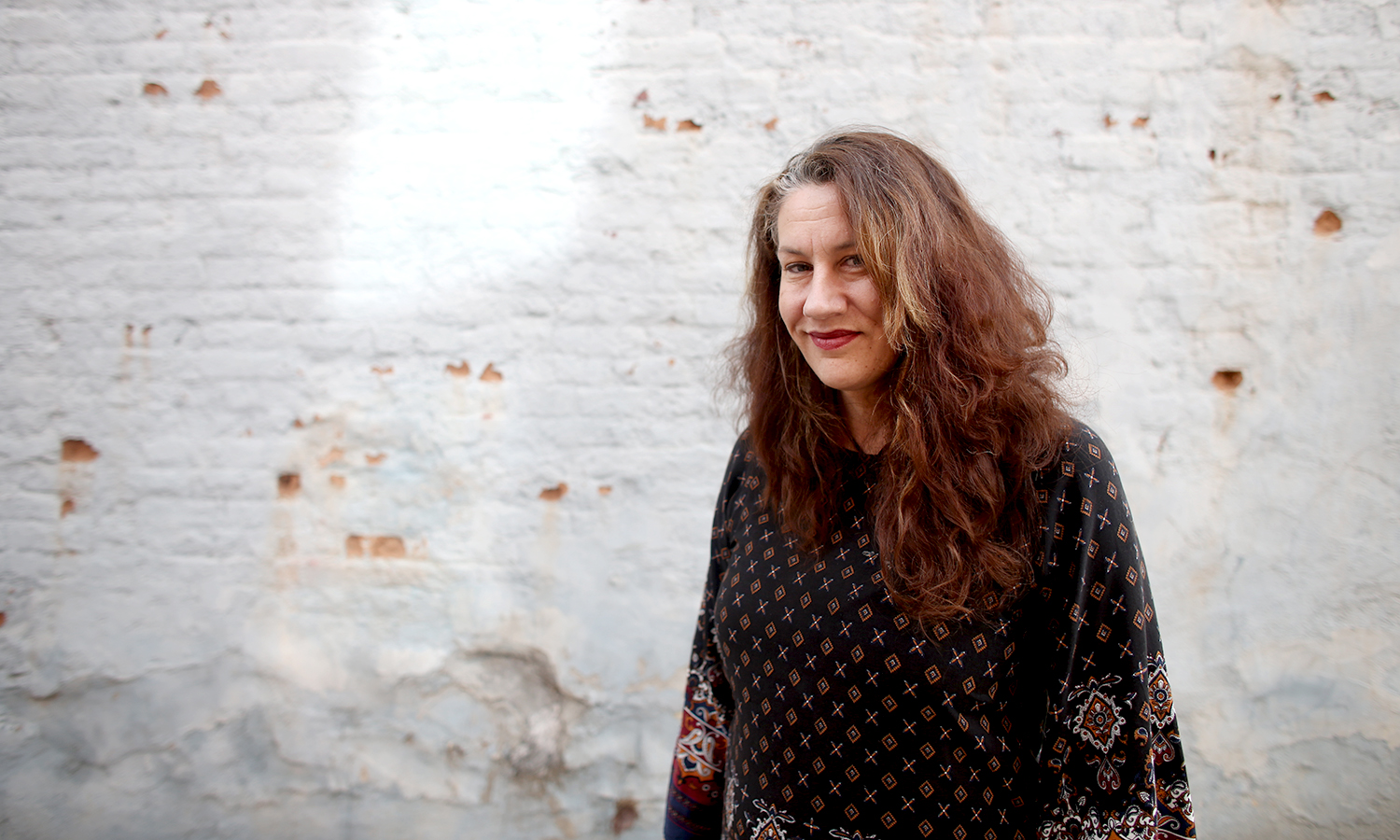 And I think my dad and I, too, are fortunate enough to live full lives. He took care of me as a kid, got me dressed and fed me, and made sure I got to school, and all of that.

Now, he’s at the point in life where I come down and I bring him breakfast, make sure he’s OK, make sure he doesn’t need help putting his socks on.

We’ve traveled this life cycle together. It’s hard to separate the two of us.

Humanitou: Of countless memories in your relationship, is there one thing that stands out at this moment?

Hannah: Oh, I have so many. So many I don’t even know why they stand out.

One of our favorite things to do (when we were kids) would be to jump off the big wall at my mom’s house. I say big, but you know when you’re a kid … it probably was all of three feet.

My dad would take us swimming at Prospect Lake and then he’d take us back, and the tradition was we’d get to jump off the wall and he’d catch us. It was a big deal.

Sometimes we have memories I think we don’t know why we have them. It’s all kinds of memories like that.

We were going to paint his 1951 Ford truck with oil-based enamel paint that we found in the basement. He caught us just in time and said, “Oh, what a nice surprise? Why don’t we go for cocoa, instead?” (Rockey laughs)

Rockey: I wish I had a memory of all this. It’s so fun to listen to you talk.

Hannah: One time, we filled up beer bottles with water and walked around Manitou like we were drunk. Somebody had to call my father and tell him that it didn’t look very good.

All kinds of things. There’s profound moments that I can remember, but when I think about our relationship, I remember all those little things.

Photo credit: Second photo is thanks to Hannah Rockey, shown in character during a staging of “Which Witch is Which,” an original play written by herself, Birgitta De Pree and Kayla Kuemerle.