“Why I Choose to Be Vulnerable,” by Brother Luck, James Beard Foundation

Brother is the owner of two restaurants in Colorado Springs: Four by Brother Luck and Lucky Dumpling. And he’s got a new project underway, even in the heat of the economic and health crises we’re all living right now, The Lucky Lounge.

Brother has also been a crowd favorite in the celebrity chef universe of the Food Network, where he was a finalist on Chopped, and where he beat Chef Bobby Flay on the Network’s show, Beat Bobby Flay. You also might recognize Brother and his work from Bravo’s Top Chef, seasons 15 and 16.

We talk some about that Top Chef experience in this conversation, and his being named a James Beard Awards semifinalist for Best Chef this year.

But if you know this podcast at all, then you know those highlights are not where we’re gonna live in this conversation. There’s a lot of deeply human stuff in Brother’s story, and he lets himself be vulnerable and honest and real in sharing it.

And that’s why I reached out to him to talk.

We get into some traumatic and life-altering stuff from Brother’s early years: lessons he learned from his dad, and then the road he took when his dad died way too soon.

We get into mental health and the dark emotional space Brother was in a couple years ago when something — call it divine intervention or whatever it needs to be called — shook him out of it.

We talk about facing fear and making bold decisions even when the chips are down, like now, when he’s taking on and building out The Lucky Lounge. We talk about Brother’s hashtag #nolucksgiven, and how and why he uses his social media and public platforms for good.

And we talk about more. Always more.

Here’s my conversation with the talented and the real Chef Brother Luck. 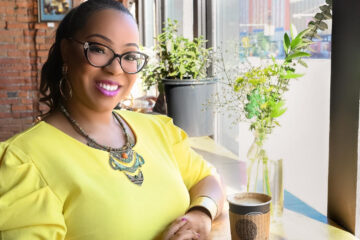