With Mike Orrill, on the Looking Upstream Podcast

My conversation with Mike Orrill, retired Presbyterian pastor for 35 years, on the We Are Chaffee: Looking Upstream podcast landed in the on-demand Internet cyberwaves today. It also airs at 1 p.m. on KHEN 106.9 FM community radio, where most episodes of Looking Upstream are recorded, in Salida, Colo., as the show does every Tuesday.

This conversation is the first one since I’ve started hosting Looking Upstream where we broke out beyond the radio hour timebox. Within that box, I necessarily aim for a 53- to 55-minute talk with the guest. Later, I add ~three minutes of intro and outro comments that I record on my own. Then there’s KHEN underwriters’ messages that are added to the mix to round out the hour-long show. And that’s a wrap.

With Mike, we had such a tremendous conversation going that, for the first time, I wrapped the radio hour and pointed people to the rest of the conversation elsewhere, like at khen.org, wearechaffee.org and anywhere podcasts podcast.

Looking Upstream is available everywhere you listen to the Humanitou podcast. It’s on all the usual suspects, e.g. Apple, Spotify, Amazon, Pandora, Google. 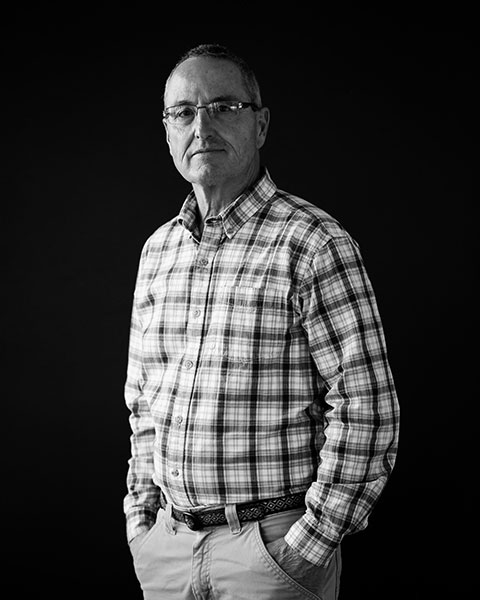 In this conversation, Mike describes himself as a “poster child for doubt,” as we discuss faith and the dangers of certainty. We talk about Mike’s personal evolution over nearly 50 years from fanatical believer who needed absolute answers to his questions, to transparently fallible human who has become relatively comfortable with life’s ambiguity. Mike shares how faith, belief in the afterlife, and even belief in God have never come easily to him.

He also shares his passion for the power of listening and storytelling, and what he’s learned about where answers to life’s questions actually come from. … Among other things.

What is so amazing about this conversation is the honest, egoless way Mike shares his story and perspectives. There’s no fear or pretense or facade in it, no pedestal or presumed expertise despite having had a faith leadership role at the head of a church congregation for decades. And I deeply appreciate that.

We bring up the idea of personal evolution, or transformation, a number of times as we talk. As an individual, and as a podcast host and 20-year professional conversationalist in various capacities, I’m interested in our experiences and the shaping influences in our lives.

I’m interested in how they inform what becomes the arc of our lives. Where do we fall down? How do we rise up? We’re all flawed, supposedly. I’m not sure what we even think perfection looks like. It’s a conjuring of human minds.

What’s important, I think, is that we get over ourselves, and vulnerably acknowledge and even share with others honestly about those flaws. That’s where we connect as humans, with fallibility in common. I think denying our flaws actually harms our relationships, because then they aren’t rooted in honesty, self- and otherwise.

So with those mistakes, what do we learn from them and how does that affect those around us? Not least of whom might be our kids, the next generation we’re bringing up to, hopefully, do better … in whatever ways that might mean.

Mike handles my questions, especially the ones that challenge faith, that lay bare my own doubts about organized religion and the experiences of my youth, so gracefully and, again, without fragile ego. Rather, he receives my doubts with understanding, and with his own doubts.

“I have lots of doubts about faith,” he says. “And there would’ve been a time when I would’ve thought that made me a bad person … and so I was the kind of person that had to live with certainty. Well, I had to have answers to everything early on.

“And so that’s probably one of my biggest transformations over the years is I can live with ambiguity now and it’s okay. This won’t be popular among some of my more conservative religious friends, but I think that religion as it’s currently practiced in our society, and that includes the Christian faith, that includes Jewish, Muslim, whatever, I think a lot of that’s all human construct, the ways we put words to what’s something going on inside of us. And so I’m really okay with doubting the human construct.

“And that’s pretty freeing for me. I don’t have to live within my own Presbyterian denominational doctrines. I don’t have to live within anybody else’s doctrine. I am free to pursue my own spirituality. I’m still very much part of the church. It’s part of my life, will always be part of my life, it’s important. But it’s also important to me to be able to express my doubts and say, ‘I’m not sure I buy that preacher.’”

I doubt the human construct of religion, as well. When I was 18, I finally could reject the forced Sunday morning church-going habits of my parents. And I have since, for nearly 30 years.

With that context, I tell you that my conversation with Mike is the most honest, compassionate and understanding one I suspect I’ve ever had with a person whose life and vocation has been built on the bedrock of Christian faith (and doubt).

However, if you are one for whom faith plays a central role in your identity and existence, I encourage you all the more to listen to this conversation. I’d say that Mike not only is welcoming to someone like myself who has more doubt than faith in religion, but his words are of incredible learning value to those who feel the opposite.

NOTES: The We Are Chaffee: Looking Upstream podcast is a collaboration with the Chaffee County Departments of Public Health and Housing, and is supported by the Colorado Public Health & Environment: Office of Health Disparities.

Along with being distributed on popular podcast listening platforms (e.g. Spotify, Apple), Looking Upstream is broadcast weekly at 1 p.m. on Tuesdays, on KHEN 106.9 community radio in Salida, Colo., and can be listened to on-demand via khen.org and wearechaffee.org. 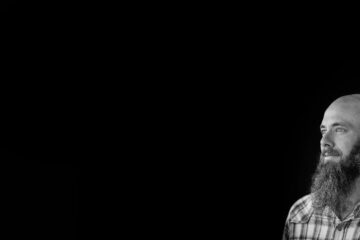 Humanitou is dead. Long live Humanitou. (Read “What does ‘Humanitou’ mean? “) I’ve been on hiatus from the Humanitou podcast since the summer of 2021. After more than four years of publishing conversations on the Read more…