With mountains, trails and mule deer just outside his window, Peter Maksimow pours water from a pot hot off the stove into a French press. We stand in the kitchen of the historic cabin he and his wife, Nora, have lived in for nearly a decade, and sip fresh coffee while cracking into a conversation.

Those mountains, their trails and his countless miles on them are a central feature in Peter’s life. “I’ve realized that everything I do is running-related. It’s a major part of my life,” he says.

“I work for the American Trail Running Association. I’ve coached a youth group here for a few years (a club team called the Kokopelli Kids, for those aged seven to 17). I have been race director for the Barr Trail Mountain Race. So, everything I do comes back to running.” 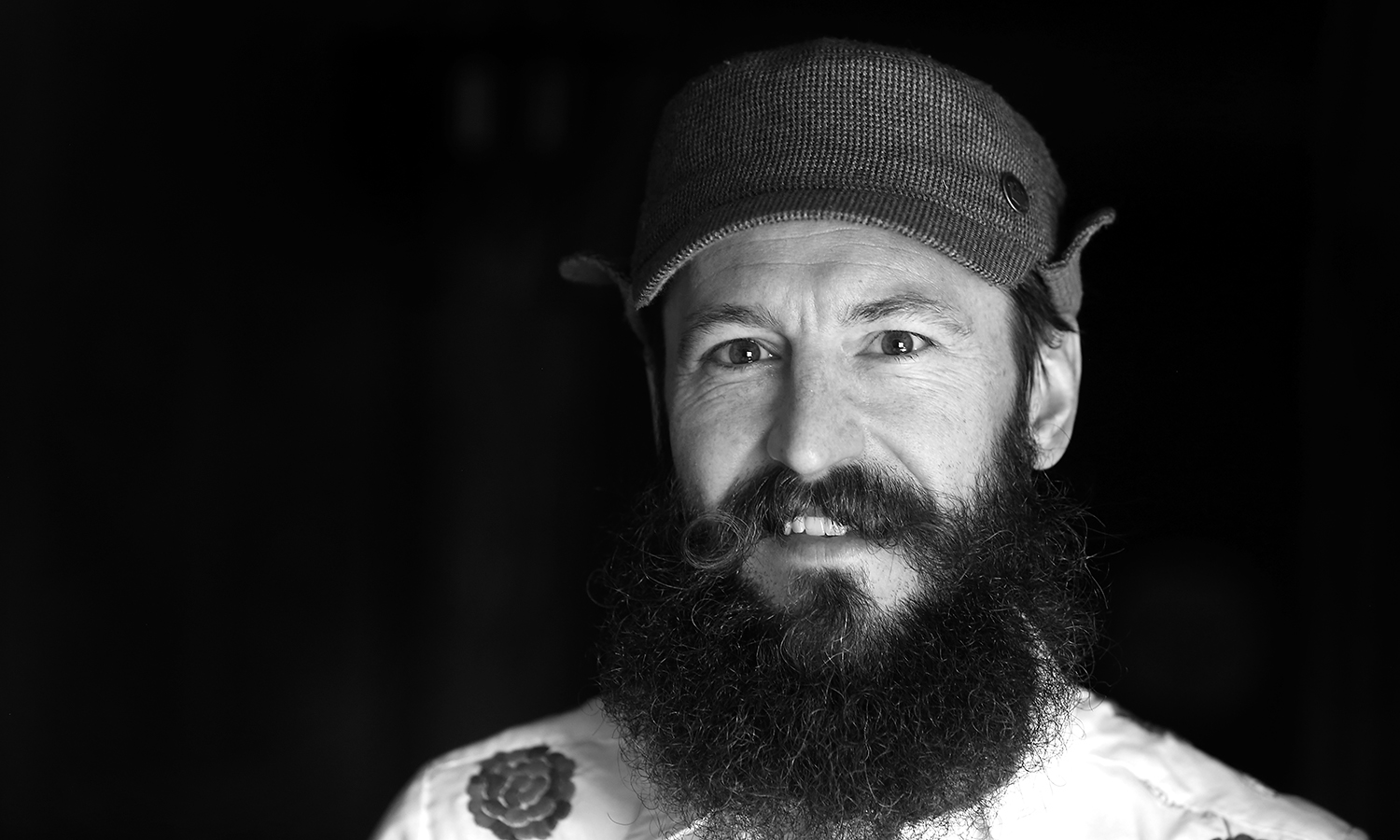 Peter, 39, talks with Humanitou about his life of competitive mountain running and how it’s carried him around the world. We talk about his Europeanness and the lasting effect of World War II in his life. We also get into his view of the good beer life and attempt to pin down ideas of happiness.

Humanitou: What drew you there or keeps you connected to it now?

Peter: I think place is the biggest thing. Here in Manitou, having the mountains to train in, I don’t think there’s any better place in the world, and I travel a lot of the world.

My mother wouldn’t let me play sports like football when I was younger, sports you could get hurt easily in. I was a scrawny little kid and just found my niche in running. I went out and did some P.E. classes and, basically, starting in middle school with organized running. I found it was something I was good at and I pursued it.

Running, I’ve realized since I’ve been injured and not been able to run as much, that’s necessary for my well-being. It’s definitely an outlet to just get away from the real world.

Humanitou: There’s a lot of time to spend within yourself when out on a trail running. What goes through your mind for hours when running these mountains?

Peter: I think everything goes through your mind. It’s not just getting through the workout. There’s a lot of focus and intensity, but if you’re on a 20-mile run you think about anything and everything: how good that beer’s going to taste after your done, what you’re going to have for dinner. 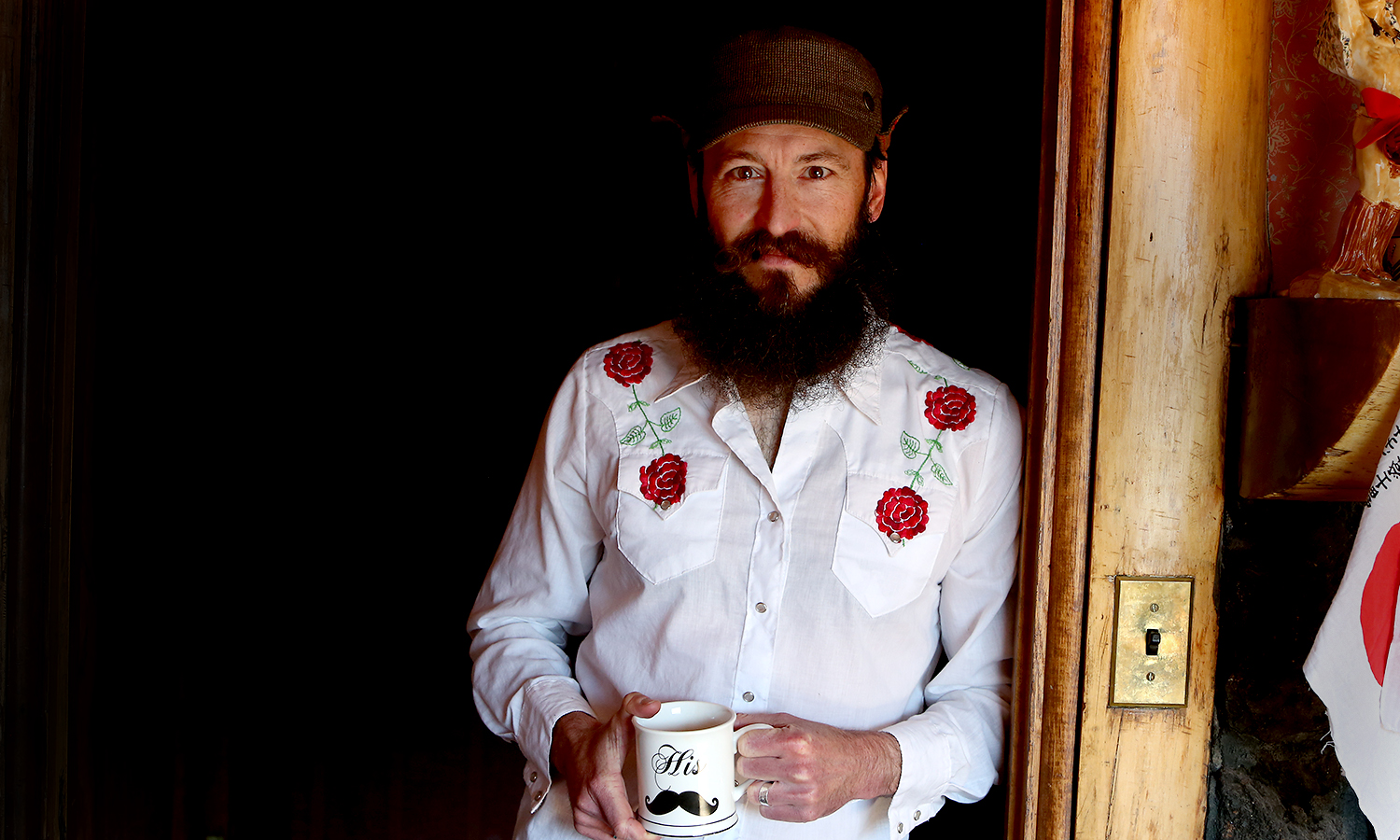 That’s just time to imagine and contemplate things I feel like society’s losing because of social media and distractions. We’ve all done it. We’ve been on the phone and, “Oh, wow. Thirty minutes has just gone by. I didn’t even realize,” when just scrolling through Instagram or Facebook. It’s sort of healing to get out.

Humanitou: Do you see philosophical or even spiritual connections between your running and life. I don’t want to put that on you, if it’s not there.

Peter: Definitely. It’s an outlet for me. I’m not religious, so I could say this fills in as my religious piece. There’s a huge connection there.

Obviously, societies evolve and, I don’t know that this is a good evolution, sitting around being on an electronic device more than being outside, experiencing nature. That electronic era is becoming more popular than, say, national parks, I feel. Which is sad to me.

I don’t want to get into politics, but we see what is happening with the national parks in Utah, with Grand Staircase-Escalante and Bears Ears. If you go out there and experience that, you would question why it’s happening, why would you take protections off that when it’s such a beautiful place, a place for some is religious, for some is spiritual?

Humanitou: Beer is another passion of yours, right?

I’m into the beer for a lot more than just that it’s an alcoholic beverage. I like the social aspect of it. I like discussing it with other people, not just drinking it. I like more than what the American manly drinking beer thing is about. Beer can do a lot of things, good and bad. I try to focus on the good: bringing community together.

Humanitou: It sounds like your traveling often is tied to running. What does travel mean to you?

Peter: Running has allowed me to travel the world, to go to races where other people are sending me, which is really nice. I’ve always loved traveling. We traveled a lot when I was younger. I think there’s been a big emphasis on travel in my family. 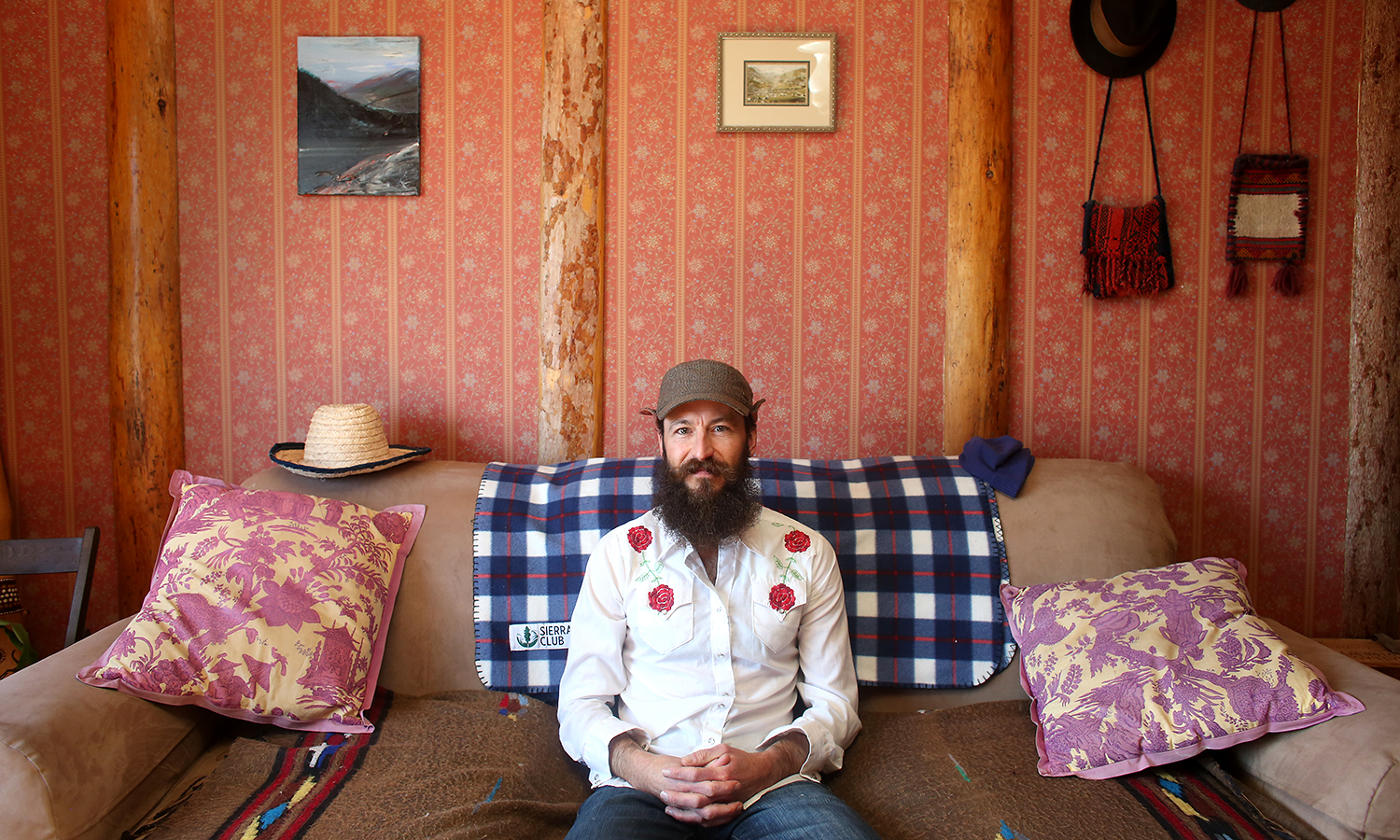 My parents are both European, so they’ve done a lot of traveling. I think traveling might be the best education you can get, meeting new people, new cultures. I love doing it. Yeah, traveling is important to me.

Humanitou: Your parents are European. Did you grow up in the States or Europe?

Peter: My mother was born in Italy and my father was born in what’s now Belarus. It was Russia at the time. They met in England and they moved to Southern California. And then my brother and I were born.

Humanitou: How has that family history influenced you?

Peter: I feel that I’m more European, which is sort of strange to say, since I was born in the U.S.

Obviously, I grew up in a household with my parents and you are heavily influenced by how much time you spend with them. But I also grew up at school and in the American culture, so I got both sides of it.

I got the fundamentals from my parents, how to treat people and just being a good person, being respectful. In the European culture — it depends on where you are, of course — traveling is emphasized.

Putting a lot of effort and time in with family, like with meals, that’s an Italian thing. I tend to eat very slowly and enjoy meals and enjoy company. I would say I grew up in a European household. I feel like I grew up with a different set of rules than my American friends did.

Peter: Maybe it’s less of what my parents actually did than what I saw. They were both born right before the second World War. My mother in northeastern Italy and my father right on the border of Russia and Poland. So, they both have some really traumatic experiences, basically being in the middle of a war zone.

My father was in a German forced-labor camp in Germany. I’ve talked to him, and the older I get, the more I realize these are fascinating stories and I like to hear the history.

I guess they view life in a different way. They moved on, but you always take a little bit with you of what happened in the past. I think they basically lost everything and didn’t have much when they were younger, didn’t have much to begin with.

My mother lost her brother when he was nine years old. He found a mortar shell he was going to go throw in the river and it blew up in his hand. I think she was a few years younger than him, but she remembers that story distinctly.

You can say that, today, with mass shootings, people are experiencing things that maybe they shouldn’t experience. It’s a horrible thing to experience death in that way. I feel like they carry all that with them.

I saw how — and I’m guilty of it, you can ask my wife — maybe holding onto things, maybe being a bit too nostalgic, being a pack rat. My parents are both like that, and I saw that and became that person, too. And that was one small facet.

Humanitou: It’s interesting the things that shape us, and not always even knowing what they are. We can spend our adulthood trying to sort it out.

Humanitou: How would you define happiness for you?

Peter: With being injured, I feel like I’ve learned a lot more. This could be anything, just finding an outlet, for anyone. But mine is running and when I’m not able to do and not able to do it at a high level, that affects me negatively.

I’m a social person, being around friends … I need that. I don’t know that I could go to a really rural area and be completely happy, because I need that social interaction.

Humanitou: I know I asked the question, but now I’m thinking I’m not sure happiness is even a goal we should have … or expect. Life is a mix of so much.

Happiness is a difficult thing to answer.

Humanitou: Some of these things are lifetime pursuits to figure out.

Peter: Yeah. Check back in 50 years and maybe I’ll have the answer.