The mountains and waters of Manitou Springs make an impression on visitors, whether stopping in for an afternoon or a lifetime.

For many of us, they play daily feel-good roles as we field life’s ups and downs of health and wealth, family and fortunes.

Such is the case for Ken Jaray, longtime resident, retired attorney, and mayoral candidate with a passion for the life of Manitou. 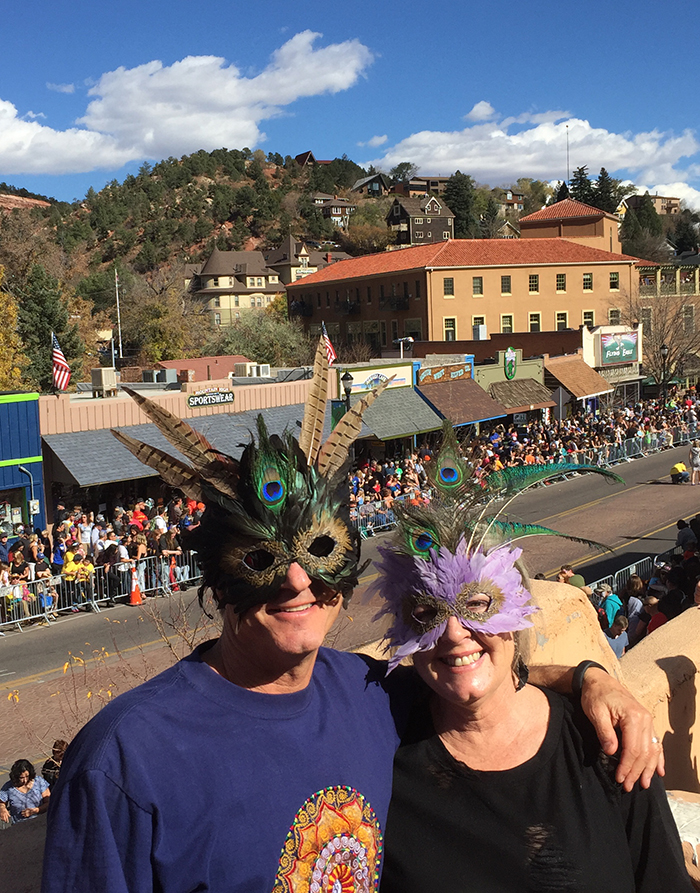 Ken, 63, and his wife, Sandy, have lived in Manitou for nearly 40 years, moving here in 1979 from where they met at a small university in Ohio. He was in law school, she was studying to become a psychiatric nurse.

“We met the first semester, in the library,” Ken says, clearly still happy with that turn of events in his life.

They have raised two sons in Manitou. Ian, 30, lives in Boulder, the city where Ken lived during his undergraduate college years. Seth, 28, lives in Manitou, where his father is running for mayor.

Though the mayoral election is only weeks away, Ken makes time to sit and talk for Humanitou, to have a (mostly) non-political conversation to, like everyone else who is featured by Humanitou, share something of themselves, to be part of the building community story.

Naturally, Ken’s community involvement in Manitou for the past few decades, couldn’t be totally avoided. It’s so much of who he is, it’s his passion. Of course, that’s a big piece of what Humanitou is about, learning and sharing forward the energy that moves creativity and community in Manitou Springs.

Humanitou: What is it about Manitou that drew your attention when you returned to live in Colorado?

Ken: Probably location was the most important thing, nestled up against the foothills. I remember in college I went to Telluride and I really liked the box canyon. And, so when we moved here, we settled up Ruxton Canyon, primarily because of the natural environment. That was really critical for us.

Humanitou: For many years you were involved in adventure racing, triathlons. You’ve run the Ascent a number of times.

[Ken shows me a photo of he and Sandy at the Manitou Art Center, standing with a quilt Sandy made using Ken’s racing shirts from his 30 years as a runner, triathlete, and adventure racer. The running shoes he wore — and wore out — during those few decades also were part of the exhibit.] 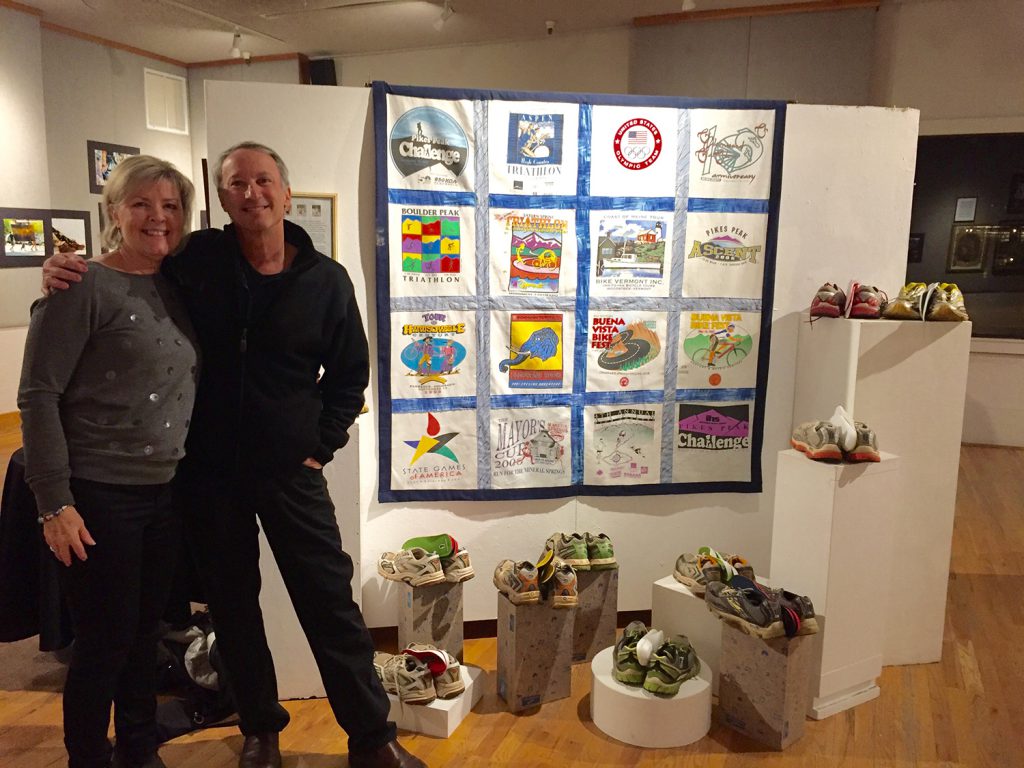 Ken: (Referring to the photo) There’s a story about how this came to be and the situation I was in at that point. I came down with a rare spinal cord disease about three years ago. It sent me to the hospital rather urgently. I was left with pretty significant disability.

So, my wife did this quilt for me and my story was about the fact that these shoes and my experiences in so many events was meaningful in my life for 30 years. It was who I was. Every year I would do two, three, four events. And you train, and you have a group of people.

Humanitou: That all stopped when you received your spinal cord disease diagnoses?

Ken: It actually didn’t stop. I did the Ascent the year after I got out of the hospital.

Humanitou: Was that a matter of fighting the disease, proving something … ?

Ken: I saw it as a challenge. I wasn’t ready to let go of the fact that I couldn’t do that mountain. I consulted with a series of doctors and they gave me a technique called nasal breathing.

Nasal breathing is a way, if you monitor your heart rate and you breathe only through your nose, you can do almost anything you want to do for as long as you want to do it.

I did the whole Pikes Peak Ascent just breathing through my nose. I got up top and I felt really good. I was able to listen to my body and do it in a manageable way, a sustainable way. That was the challenge to me, could I do that? It was pretty rewarding.

If you asked me today if I could do that now, I don’t think so. I don’t know exactly what it was that drove me up that mountain. It was determination. It was not letting that disease define who I was going to be. I was an athlete. I was determined to do that.

Humanitou: Has the disease resolved in a healthy way?

It hasn’t resolved. I’m left with my leg is numb, both of my feet are numb, and I have quite a bit of pain in my (left) side. This was an infection in my spinal cord that actually made its way into the spinal canal. I was rushed to Denver, to the university hospital.

They got the infection but the damage had already been done to the spinal cord. The doctors don’t think it’s going to heal, but I do. I’m still optimistic that by the time I’m 65, in a couple years, I’m going to be through this.

Humanitou: What do you base that confidence on? 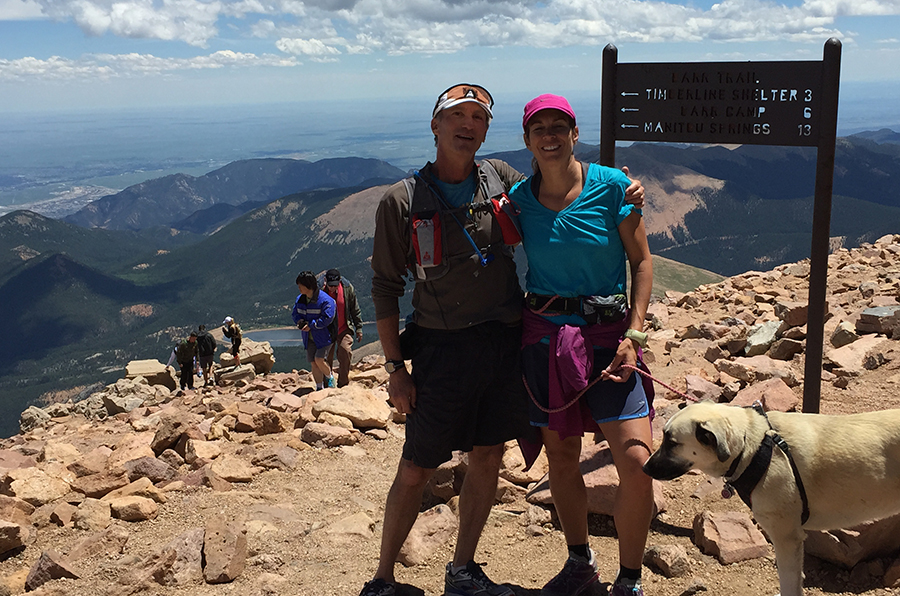 Humanitou: I wouldn’t think running for mayor would be low stress.

Ken: I actually said I wouldn’t do it, initially, because I thought it would be difficult to manage the stress. Then somebody said, “You seem pretty frustrated about how things are going. If things keep on this way are you still going to be frustrated?” I said, “Probably so.”

And I’ve said to people, “How can I stop caring? How can I not care so much, so that I’m not frustrated?” And that’s hard to do.

So, they said, “If you got in there, do you think you could change things? Do you think you’d be less frustrated then.” I said, “Yeah, I think I so.”

That was pretty persuasive for me, so why not jump in and try to make a difference?

Humanitou: It’s a two-year term. That seems short. It’s almost like you wouldn’t be able to stop campaigning, if you were elected and then wanted to be re-elected.

Ken: Yes and no. I view it as the next time would be kind of a referendum by the community to say, “How are we doing?” If we’re not doing so well, the community should throw me out or tell me not to run again. If we’re doing well, then it’ll be a referendum to keep me on. So, I’m OK with that.

Humanitou: You’ve been involved in a number of community initiatives over the years.

Ken: I’ve started nine non-profit organizations here in town to address various issues in the community. I helped to start the Mineral Springs Foundation in 1987. Our springs were neglected. They were used for trash containers. There weren’t these fonts that are all around town. Very few springs worked. You couldn’t drink the water. It was a mess.

A group of us came together and said, “We can do better.” This is what our community was founded on, so we started the Mineral Springs Foundation.

That’s just one example of addressing an issue, bringing the folks together with a shared vision to address this, putting the resources together, making sure that it was sustainable, and fixing the problem. 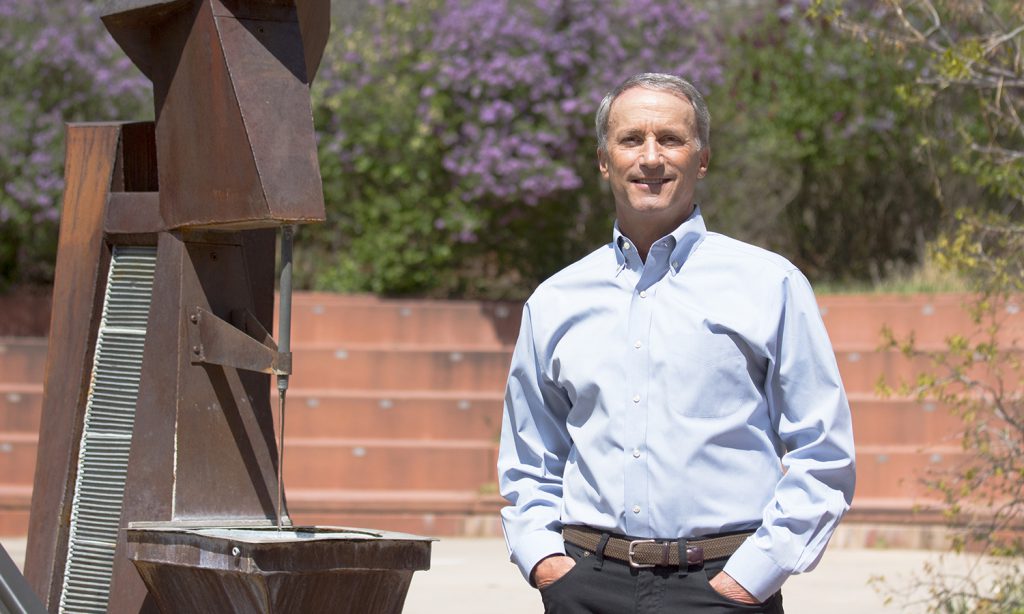 Humanitou: It takes a lot of energy to be so involved. Why do you do it, or do so much of it?

So, I was committed to going out to the community and saying, “I think you’d be good at doing this or would you help to do that? Together could we work on this project?” It feels good to give back. It feels good to accomplish things.

I’m kind of a tangible guy. When restoring the mineral springs, every six or 12 months we’d have a new project come online. We could stand back and say, “You know, that’s pretty cool.”

Humanitou: You’ve been retired for five years. How else do you spend your time outside your civic roles?

Ken: When I retired, I sold my law practice. It’s pretty unusual for lawyers to sell their practice. So, I had some cash and I went to the Colorado Sustainability Conference and listened to an economist-attorney talk about investing in your local economy.

After that, I got in touch with him. I read some of this material and committed to invest in local businesses. I had to set out to figure out how to do that. I started going to meetings, joining clubs, going to Peak Startup, which was called something else then, and learning about the world of angel investing.

I also fish a few days a week. During winter, I ski three times a week.

Humanitou: Wasn’t there a time when fish were in Fountain Creek?

Ken: Not only there was a time, there is a time. Fountain Creek has very good fishing.

We put about $400,000 — it was the Fountain Creek Restoration Project — into it. This was right before the floods. We put cross veins, we made it so there were pools where fish could live. We did bank stabilization work. We had a very good fishery.

The floods came. Most of what we did is still in tact. We had the Division of Wildlife do a fish count two years ago. It came out that there’s still a good population of fish there.

If you walk (along the creek)– I always see fish in there. 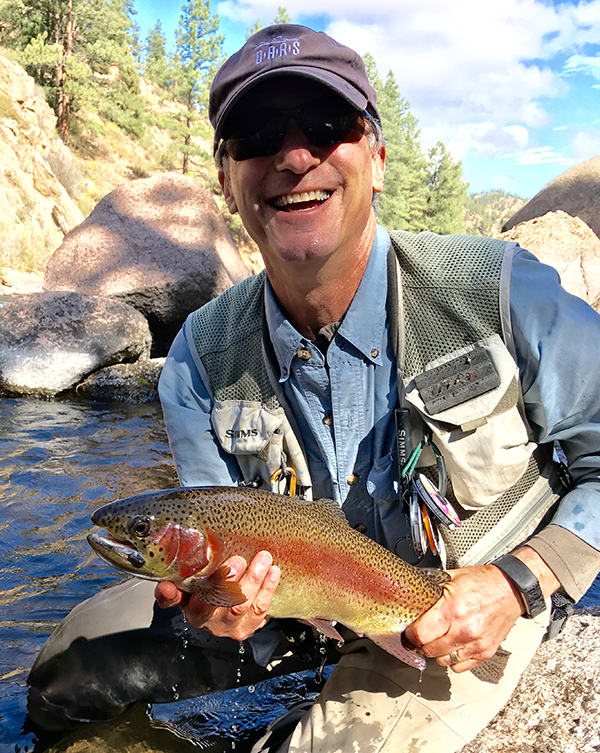 Humanitou: You do? I’ve never seen one in the couple of years I’ve lived here. I’d love to be able to fish right here and not have to drive somewhere for a short outing.

The difficulty we have with Fountain Creek is people take the fish out. We want to try to establish a catch-and-release fishery instead.

One of the coolest things about Manitou is being able to just to walk into town and fish. That’s pretty cool.

Humanitou: What would you do if you do not win the upcoming mayoral race?

Ken: Well, I probably will take a long vacation. (laughs) I will win either way. If I don’t win the race, I’ll have time to go back to my lifestyle, which was pretty cool. I fish a lot. I ski a lot. I enjoy life and travel a lot. I’ll go back to that lifestyle and be perfectly content that I gave it my best, I tried.

(If I don’t win) either I didn’t convey my message well or the community decided to go in a different direction. And then I will find where my place is in another place in the community where I can be helpful.

If it’s not in that role, then it certainly is going to be in some other role.